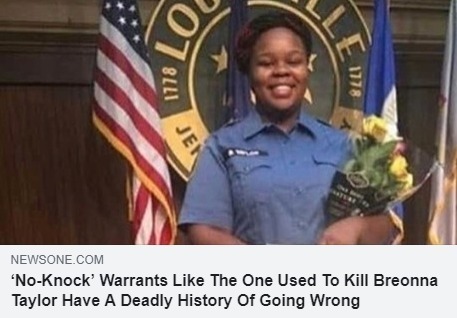 (LEXINGTON, KY, 5/13/20) — The Kentucky chapter of the Council on American-Islamic Relations (CAIR-Kentucky) today joined attorney Ben Crump’s calls for the release of the audio tape of the 911 call made from EMT Breonna Taylor’s home.

CAIR-KY welcomes the involvement of Crump in the case of Breonna Taylor, an African-American EMT shot to death under suspicious circumstances in her apartment by Louisville Metropolitan Police in March.

SEE: ‘No-Knock’ Warrants Like the One Used to Kill Breonna Taylor Have a Deadly History of Going Wrong

CAIR-KY supports Attorney Crump’s call for the release of the tape of 911 call made from her home, and demands justice, transparency and accountability in the investigative process surrounding the death of Breonna Taylor.

Ben Crump has recently come to national attention related to his handling of the shooting death of Ahmaud Arbery, a young unarmed African-American man gunned down in Georgia by two white men.

Breonna Taylor was resting in her home when—according to attorney Ben Crump—neighbors heard police burst unannounced into her apartment.  According to reports, her boyfriend fired a single shot in response to the intrusion and Taylor was killed in a hail of police fire.

“At a time when first responders are being hailed as heroes and deeply appreciated all over America for risking their lives daily to serve their communities, it is a bitter pill for EMT Taylor’s family to have to swallow that she was killed in her home by police during an unannounced and apparently mismanaged police action.

“Her family certainly deserve answers. The African-American community, citizens of Louisville and all of America deserve answers as to why the death of another African-American—a community hero—is not being vigorously investigated. The 911 tape must be released and the full circumstances surrounding the death of EMT Breonna Taylor must come to light.”