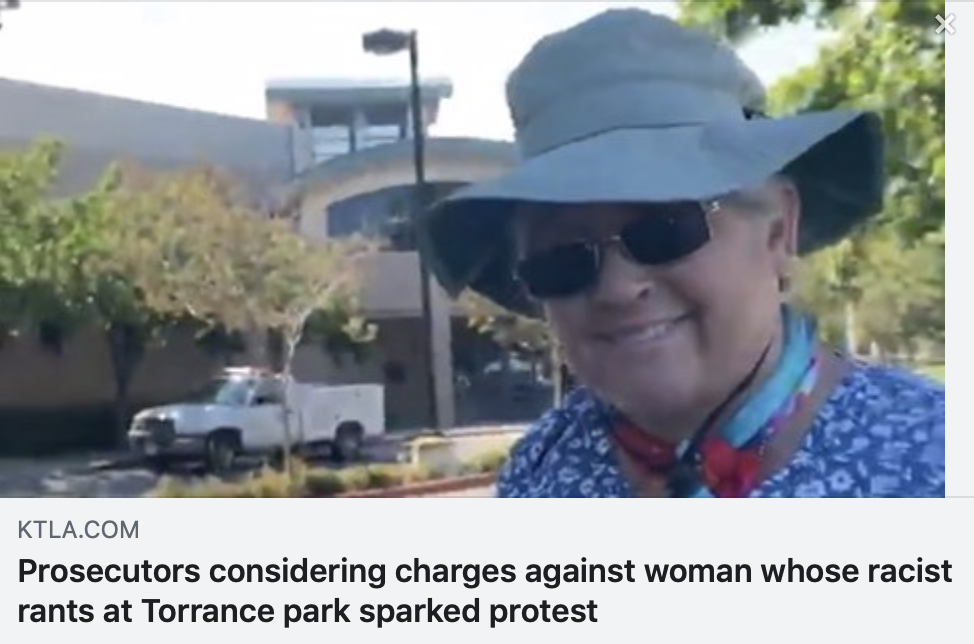 According to KTLA/5, police are building a criminal case against the woman – identified as Lena Hernandez of Long Beach. On June 11, Hernandez was filmed telling an Asian woman exercising at the park, “Go back to whatever (expletive) Asian country you belong in. This is not your place. This is not your home. We do not want you here.”

The next day, Hernandez was filmed accosting a man and his son at the same park.

“I am not a racist person, but you know what, you need to go home. I don’t care about your Facebook or your video. Do you know how many people can’t stand you being here?”

As the conversation continued, the woman said she was calling the police and began speaking to the man in a mock Asian accent, repeating several times, “You understand me, China man?”

In both videos, Hernandez threatened the targets of her rants with physical violence. Those incidents are being investigated as criminal threats.

The video encounters at Wilson Park caused Hernandez to be recognized by a woman who claims Hernandez physically assaulted her in a public bathroom at the Del Amo Mall in 2019. Police are recommending Hernandez be charged for the physical interaction.

“This woman has doubled-down on her bigotry within the past week. It is highly disturbing that she sees fit to target, harass and threaten innocent people.

“As hatred of marginalized minorities has increased over the past four years, we have warned against the danger of how normalizing hate speech can lead to hate threats and hate attacks.

“She must be held accountable for her actions.”