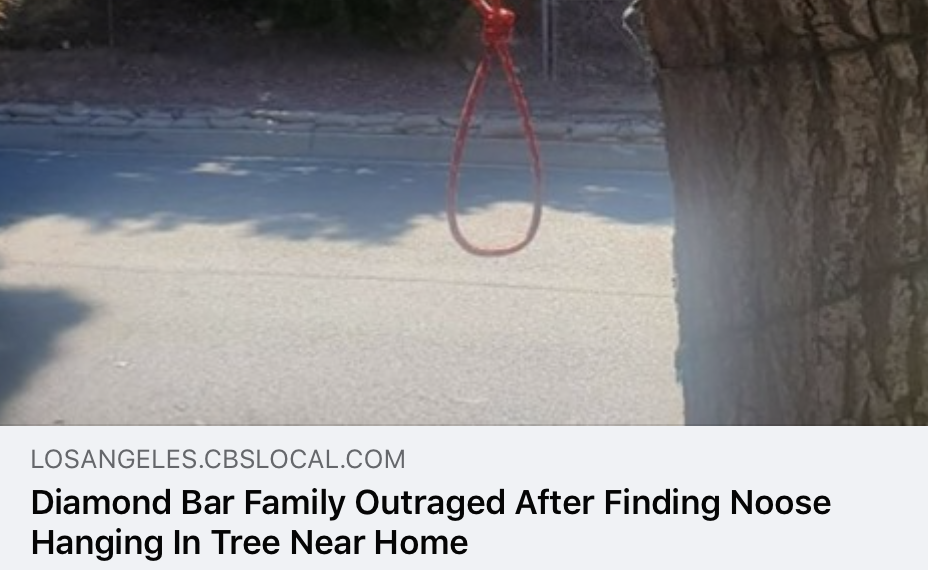 (LOS ANGELES, CA – 8/31/2020) – The Greater Los Angeles Area office of the Council on American-Islamic Relations (CAIR-LA) today condemned an apparent hate crime after a noose was found near a home in Diamond Bar, Calif., during the weekend.

Law enforcement authorities were investigating the incident as a hate crime after the noose was discovered Saturday morning hanging from a tree outside the home of Lillian Rucker, according to CBS Los Angeles.

“That is a symbol of hate to me, to black people,” said Rucker, according to the network’s website. “I’ve been here 26 years! Never had an issue with anyone, never had a problem with anyone.”

Rucker said her son, Justin Pickette, discovered the noose. The family reported the incident to the Los Angeles County Sheriff’s Department, which referred it to its Hate Crimes Task Force.

“We condemn this heinous and despicable apparent hate crime and stand in solidarity with the homeowner and her family. Unfortunately, emboldened bigots continue to use hate crimes to intimidate marginalized communities. We will continue to stand with individuals and communities that experience such hate. It will not prevail.”