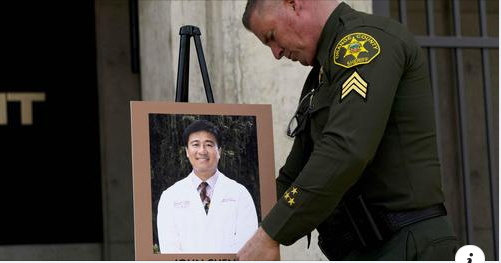 On Sunday, March 15, the gunman attacked the church, which has a predominantly elderly Taiwanese congregation, killing one and wounding five others. The alleged shooter, David Chou, reportedly drove from his hometown in Las Vegas to the Orange County church to commit the politically-motivated hate incident.

According to the Associated Press, Chou, a Chinese immigrant, held grievances against the Taiwanese community and displayed “his hatred of Taiwanese people” through notes that were found in his vehicle. The Orange County Sherriff’s Department stated that Chou has been charged on one count of murder and five counts of attempted murder.

“We are deeply saddened to hear about this apparently hate-filled attack on our local Taiwanese community. A place of worship should be safe, not targeted and terrorized.

“This hateful and tragic incident is just one of hundreds of recent examples of the rampant rise of anti-AAPI hate in California and the nation. As a community that believes in equity and justice, we have a moral responsibility to speak out and condemn all forms of hate that have been aimed at the AAPI community.

“We stand in solidarity with the congregation and will continue to extend our support to the Taiwanese-American community.”

This horrific incident occurred just one day after the racially motivated mass killing targeting African-Americans at a supermarket in Buffalo, New York, allegedly carried out by an avowed white supremacist gunman.

CAIR-LA recently launched the Center for the Prevention of Hate and Bullying to combat the increasing threats to African, Asian American Pacific Islander (AAPI), Black, immigrant, Middle Eastern, and other minority communities within the Greater Los Angeles region.