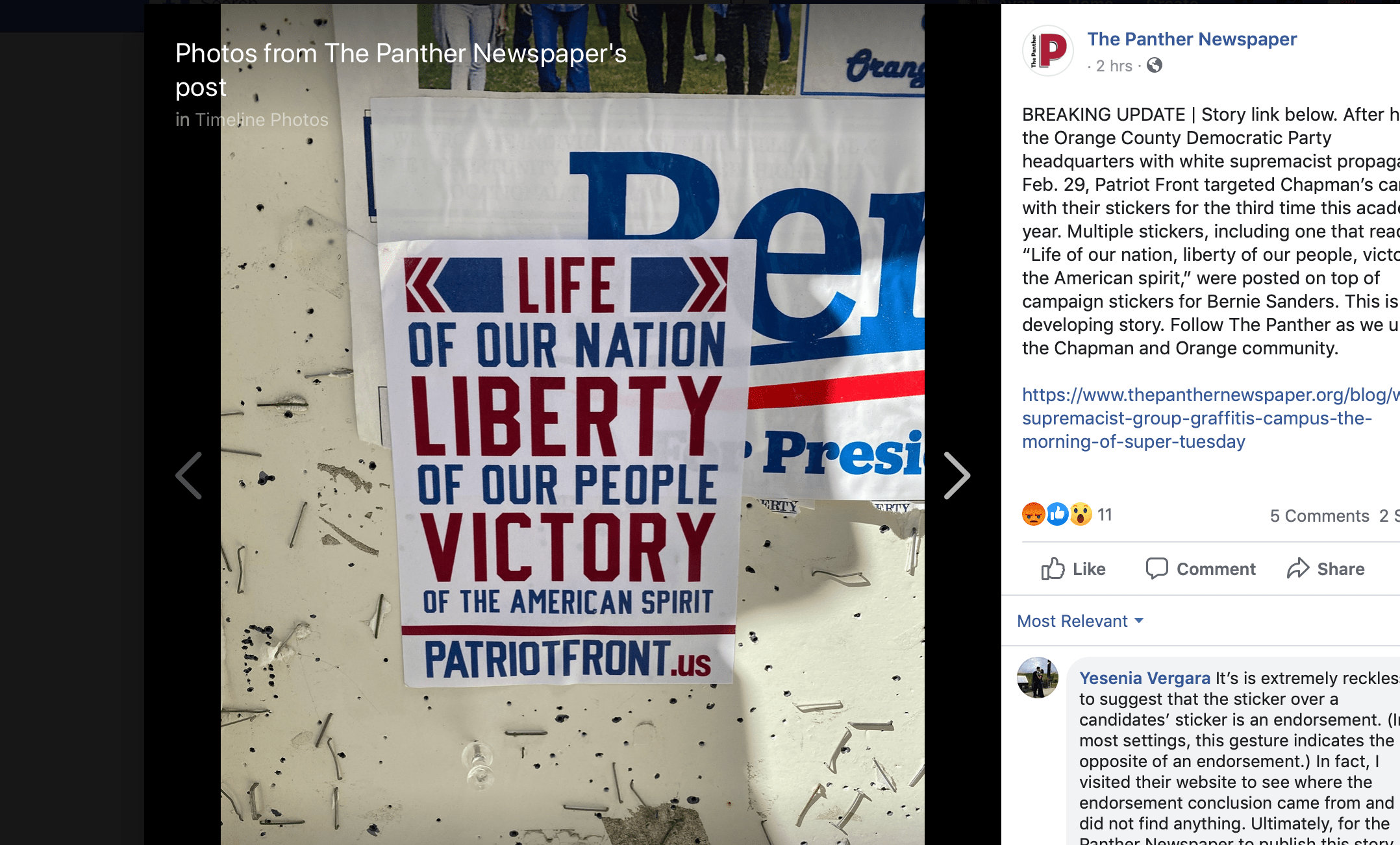 According to the Daily Panther’s Facebook page, stickers belonging to the white-supremacist group Patriot Front were found on campus this morning. The student newspaper reported this is the third time Patriot Front has distributed propaganda on the campus.

“White supremacy, xenophobia and intolerance have no place in America, especially not in institutions of higher learning. This group has nothing to do with patriotism and only serves as a front for bigotry. We call for all persons of conscience to stand in solidarity with targeted minorities and against the actions of bigots who violate our nation’s long-standing principles of religious tolerance and inclusion.”

Ayloush urged community members to report any bias incidents to police and to CAIR-LA’s Civil Rights Department at 714-776-1177 or by filing a report at: https://bit.ly/2L9Ezsw.