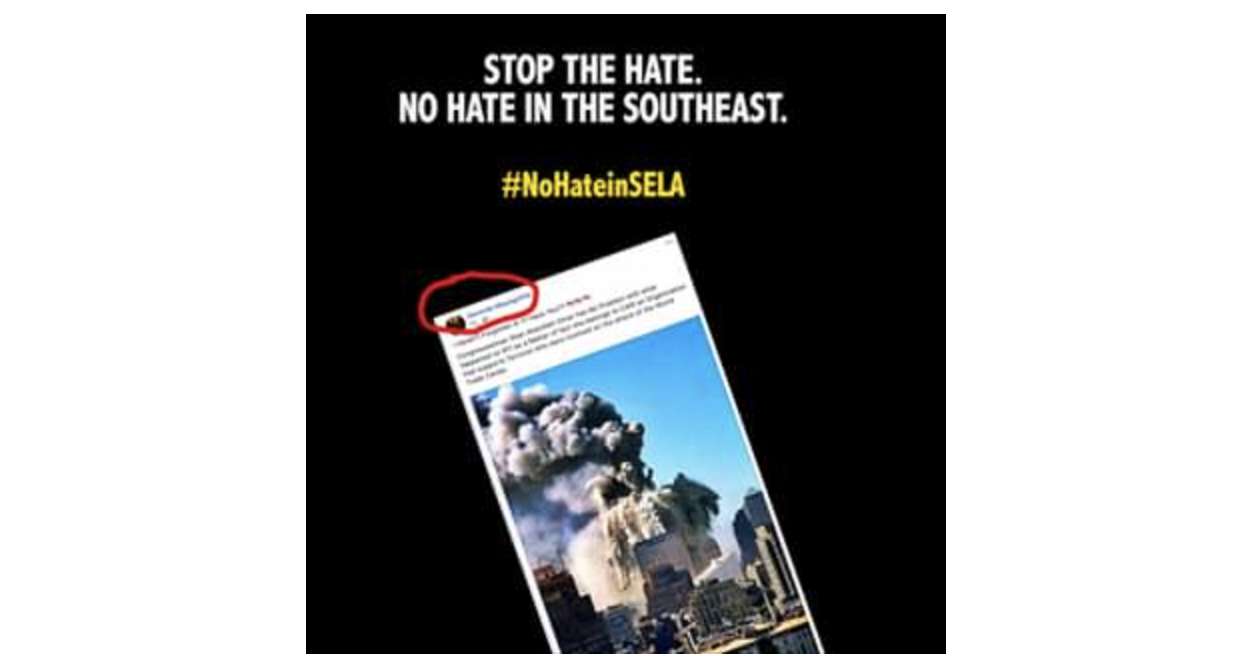 On Tuesday morning, Mayagoitia posted an image of the 2001 attack on the World Trade Center with the caption:

“Congresswoman Ilhan Abdullahi Omar has No Problem with what happened on 911 as a Matter of fact she belongs to CAIR an Organization that supports Terrorist who were involved on the attack of the World Trade Center.”

“It is reprehensible that an elected official would use their social media to spew such hatred and bigotry. Mr. Mayagoitia is making blatantly false accusations about Rep. Omar and CAIR, as well as evoking painful imagery to exploit a national tragedy.

“Anti-Muslim hate has exponentially increased over the past few years, thanks to the normalization of hate speech, especially from positions of power. We call for Mr. Mayagoitia to apologize for his post and resign from his position.”

“The comments Maywood City Clerk Gerardo Mayagoitia made on his Facebook regarding Congresswoman Ilhan Omar are not just ignorant, they’re divisive and offensive. I stand with CAIR – Greater Los Angeles and every Muslim member of our SELA community. We will not allow hate to divide us.”

In another post, City of Bell Mayor Ali Saleh said:

“CAIR is a grassroots civil rights and advocacy organization, and is also America’s largest Muslim civil liberties organization. Part of its mission is to promote a positive image of Islam and Muslims in America.

“Mr. Mayagoitia’s post was anything but positive. It was hateful and dangerous, considering his elected City position …

“I always chose to ignore Mr. Mayagoitia’s comments, but today, I can no longer ignore them. These are unprecedented times for everyone, and creating more divisiveness is not the solution.”