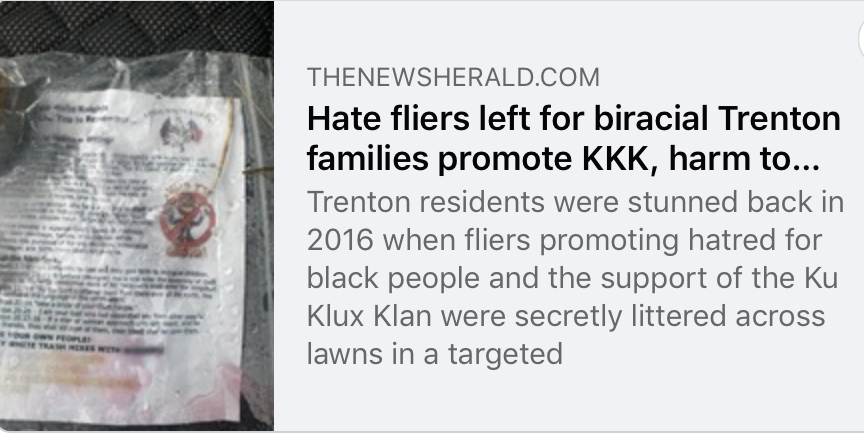 (CANTON, MI, 8/24/20) – The Michigan chapter of the Council on American-Islamic Relations  (CAIR-MI) today called on the Federal Bureau of Investigations (FBI) to investigate pro-KKK hate fliers recently left at homes of two multiracial families in Trenton.

Hate fliers which support the KKK were recently left at the homes of two multiracial families in which Bible verses were quoted reflecting opposition to interracial marriage.  The fliers also used anti-Black slurs.

Similar pro-KKK materials were also distributed in Trenton in 2016 which was also an election year like this year.  Trenton Police are currently investigating the incident.

“We call on federal law enforcement to join the Trenton Police in using their full resources to apprehend those who were involved in this apparent hate crime,” said CAIR-MI Executive Director Dawud Walid.  “Especially during this election year, white supremacists need to be sent a strong message from federal law enforcement and prosecutors that such ethnic intimidation will not be tolerated in our society.”

Walid also urged anyone who has any information regarding these incidents to immediately contact the Trenton Police at 734-676-3737.