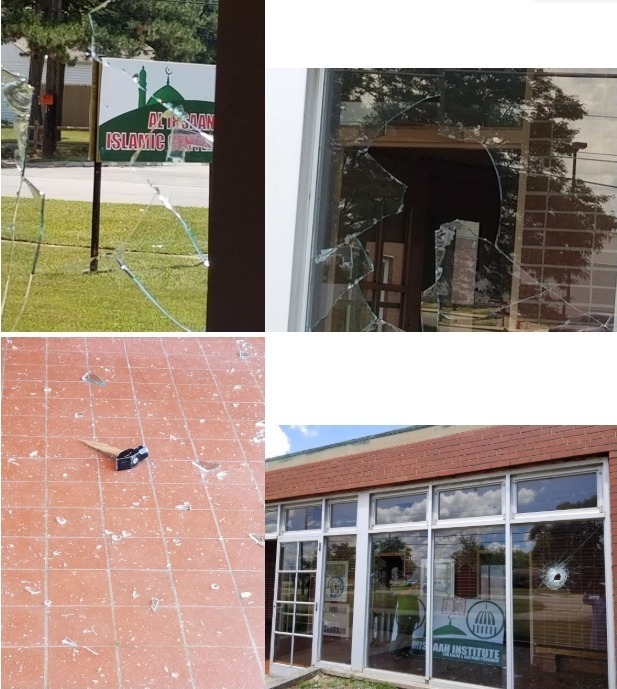 (FARMINGTON HILLS, MI, 7/13/20) – The Michigan chapter of the Council on American-Islamic Relations (CAIR-MI) today urged law enforcement authorities to investigate the recent vandalism of a new Islamic center in Warren, Mich., as a possible hate crime.

Community members of Al Ihsaan Islamic Center arrived on Saturday morning to find several of the center’s windows broken and a hammer left at the scene.  The Warren Police Department has taken an incident report of the vandalism but has not stated whether or not the incident will be investigated as a potential hate crime.

“Because of increasing hate incidents targeting houses of worship and minority communities nationwide, we urge local, state and federal law enforcement authorities to investigate this act of vandalism as a possible hate crime,” said CAIR-MI Executive Director Dawud Walid. “Given the history of tense race relations and anti-Muslim incidents in Warren, it is important that law enforcement investigates this incident with the seriousness that it deserves.”

Walid also nated that there is a history in Warren of opposition to the establishment and expansion of Islamic centers as well as incidents of other mosques being targets of anti-Muslim vandalism and threats in the same locality.

CAIR urges mosques and other Islamic institutions to take measures outlined in its “Best Practices for Mosque and Community Safety” booklet. Advice offered in CAIR’s security publication is applicable to all institutions, regardless of organizational mission.