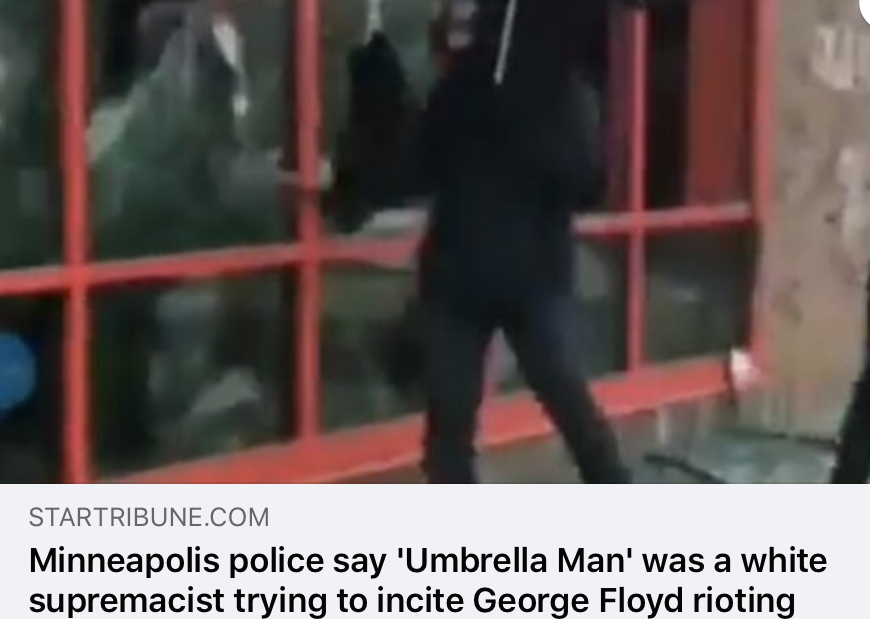 (MINNEAPOLIS, MN, 7/29/20) – The Minnesota chapter of the Council on American-Islamic Relations today (CAIR-Minnesota) today called for charges to be brought against a 32-year-old white supremacist suspected of vandalizing a Minneapolis auto parts store in the aftermath of the murder of George Floyd.

The suspected vandal, referred to as the “Umbrella Man,” was seen smashing the store windows during the George Floyd murder protests. He is alleged to be a member of the Hells Angels biker gang, according to police. The suspect has been linked to an incident that occurred in Stillwater last month involving the harassment of a Muslim woman by a gang of white supremacists.

CAIR-Minnesota condemns the vandal’s actions and the white supremacist ideology of the Hell’s Angels biker gang and called on city officials to hold those responsible accountable and bring justice.

“We denounce the suspected white supremacist vandal and his apparent motive of incitement,” said CAIR-MN Executive Director Jaylani Hussein. “We call on city officials to join us in condemning his acts, investigate his motivation and possible associates and create the opportunity to rebuild and heal the damage to the communities that the suspected vandal targeted.”

CAIR and the American Muslim community are standing in solidarity with all those challenging anti-Black racism, Islamophobia, anti-Semitism, and white supremacy.