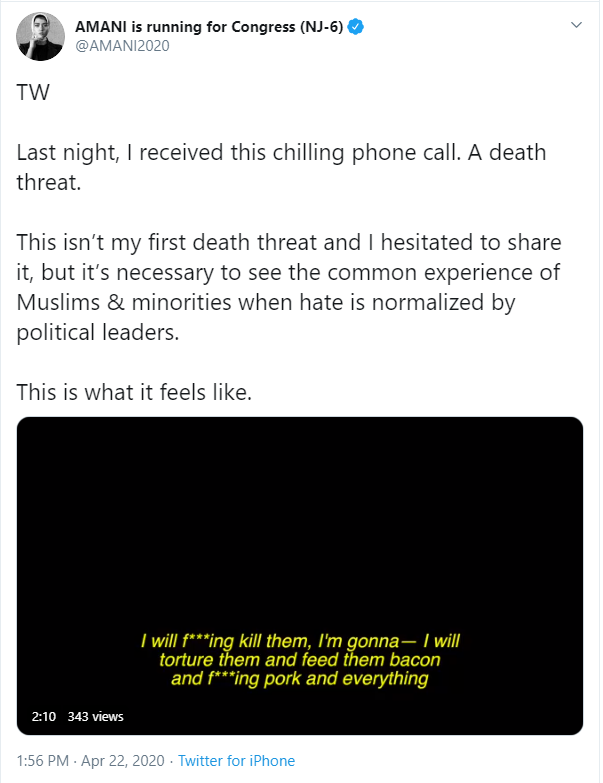 On the evening of April 21, Al-Khatahtbeh reportedly received a phone call from an unknown number threatening to kill her and her family. She received the threat shortly after a virtual town hall she hosted on Instagram.

The caller said in part: “Your parents live at [address]. I will f**king kill them and. . .I will torture them and feed them bacon and f**king pork…As soon as you get off the phone, I’ll f**king go to his house…“Ni**er, you’re Muslim, you f**king ugly Arab Muslim. You terrorist.”

“We know Islamophobia follows election cycles and is often exacerbated and amplified by the negative rhetoric of political leaders.

“At a time in which our nation is facing an alarming rise in xenophobia, Islamophobia and racism, it is sadly no surprise to see such horrific calls. These death threats have become all too common for Muslim candidates, but we must not allow ourselves to be numbed by their frequency.

“Political leaders must denounce such hatred in order to protect the safety of Muslim Americans and all minority communities.”