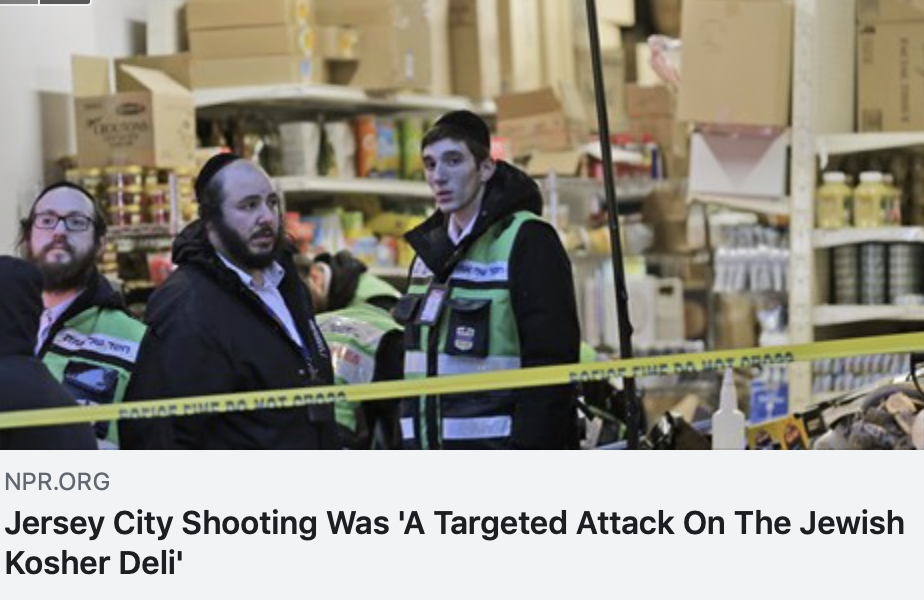 (SOUTH PLAINFIELD, NJ, 12/11/19) – The New Jersey chapter of the Council on American-Islamic Relations (CAIR-NJ) today expressed solidarity with the Jewish community following the targeted attack on a Jewish Kosher deli in Jersey City on Tuesday.

Police in New Jersey say a Jewish supermarket was the target of a gun attack that left six people dead, including the two suspects. Police say the perpetrators reportedly stopped in front of the deli, “calmly opened the door with two long rifles—him and the other perpetrator—and began firing from the street into the facility.” They say the shooting “was a targeted attack on the Jewish kosher deli.”

The attackers have not yet been publicly identified, but New York media has identified them as David Anderson and Francine Graham. Sources tell NBC that Anderson was a follower of the Black Hebrew Israelite movement, whose believers say they are the true descendants of ancient Israelites.

SEE: Jersey City Shooting Was ‘A Targeted Attack on the Jewish Kosher Deli’

“We stand in solidarity with our Jewish sisters and brothers and ask people of all faiths and backgrounds to repudiate the hatred that apparently motivated this heinous attack.As a diverse community, we must not allow hatred to be fueled against any person or group.

“We thank local law enforcement authorities for their swift response and offer our condolences to the family of the slain Jersey City police officer and to the loved ones of all those killed or injured.”