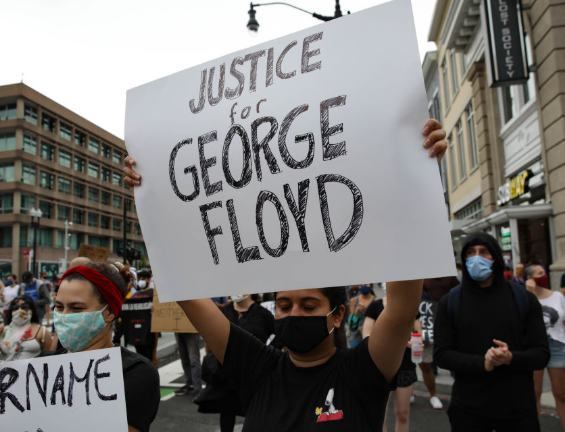 (SOMERSET, NJ, 6/11/2020) — On Friday, June 12, the New Jersey chapter of the Council on American-Islamic Relations (CAIR-NJ) will join the New Jersey branch of ICNA Council for Social Justice (ICNA-CSJ), the Council of Imams in New Jersey (CIINJ) and Muslim American Society New Jersey (MAS) at a joint press conference and rally (Saturday, June 13) in Newark N.J., in solidarity with African-Americans and to protest police brutality.

The press conference and rally will bring together religious, political and leaders of the Muslim community to condemn police brutality and express solidarity with the African-American community.

“The Muslim community of New Jersey unites in its condemnation of the recent killings of George Floyd, Breonna Taylor, Ahmed Arbery, Steven Taylor, and the senseless killings of countless other unarmed and innocent African-Americans.

“Our Muslim community leaders and organizations want the wider community to know that we hear the voices crying for help, and we hasten in response to their cries with solidarity, compassion, and love. Our collective condemnation of the rise in police brutality — and white supremacy — is firm, united and unequivocal. We stand with the oppressed people of this nation in their fight for justice as we uphold the venerable principles of Islam as outlined in the Holy Qur’an; ‘O you who have believed, be persistently standing firm for justice, witnesses for God, even if it be against yourselves, your parents or kin.’”

“Leaders at this gathering will express their full solidarity with their brothers and sisters in the African American community and unequivocally condemn the murder of Mr. George Floyd in Minnesota.

“Police brutality is a long-standing issue in this country, and Mr. Floyd was a victim of this atrocity. This is a failure of leadership and we demand reform in the interest of re-establishing basic rights for all.”

In a statement, President of Council of Imams in New Jersey Imam W. Deen Shareef said:

“The sins of racism has and continues to deceive and misguide minds, moral conscience, perceptions of human worth, personalities, and behaviors of white, black, and brown people by the false images of ‘divine authority’ that people are blatantly and subtly told to submit to, obey and worship in various authoritarian disguises. The subliminal message in the physical images translates into how race consciousness warps and weakens perceptions of truth, reality, morality, ethics and justice and how these universal principles are applied by, and to, those who do, and do not, relate to these ‘purported images of divine authority’ in human society.”

The Islamic Circle of North America (ICNA) is an American Muslim organization dedicated to the betterment of society. ICNA works to build relations between communities by devoting itself to education, outreach, and social service.

ICNA Council for Social Justice (CSJ) is a social justice/human rights organization that strives to systematically facilitate assertive Muslim involvement in the field of human struggle for the rights of the poor and oppressed in the United States.