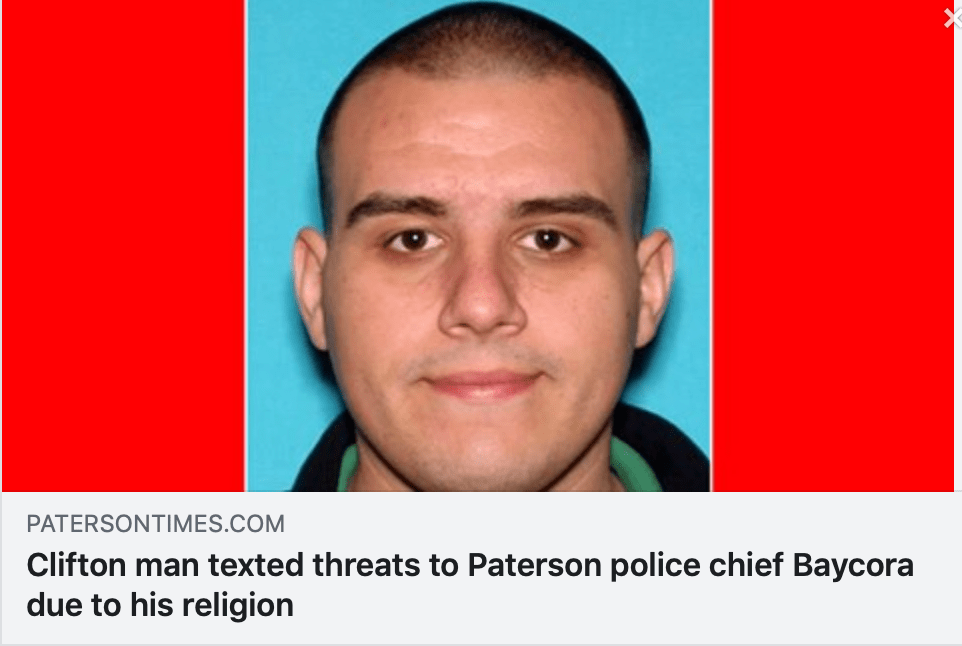 (SOUTH PLAINFIELD, NJ, 3/3/20) – The New Jersey chapter of the Council on American-Islamic Relations (CAIR-NJ) today welcomed the arrest made in connection with threatening messages sent to Paterson Police Chief over his religion.

Stefan Keco was charged with two counts of Terroristic Threats, a crime of the third degree and one count of Bias Intimidation, a crime of the second degree. The charges allege that Keco sent threatening text messages to Chief Baycora with the purpose to intimidate him because of the Chief’s religion, race and national origin. The State has filed a motion for pretrial detention of Mr. Keco, which is scheduled to be heard on Wednesday, March 4, 2020.

In a statement, CAIR-NJ Executive Director Selaedin Maksut said: “There must be zero tolerance for such religiously and racially charged threats especially in our time of heightened xenophobia and Islamophobia. We thank the Paterson police department for their swift response.”

“Amid reports of a rise in hate crime violence, it is more important than ever to take action against such threats whenever and wherever we see them,” said Maksut.