CAIR-NY Condemns 9/11 Museum Board Trustee’s Latest Anti-Muslim Comments, Calls on Museum to Remove Her from Board 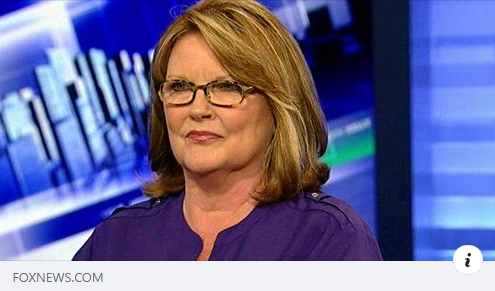 (NEW YORK, N.Y. – 9/9/2021) – The New York chapter of the Council on American-Islamic Relations (CAIR-NY), th​e nation’s largest Muslim civil rights and advocacy organization, today condemned the latest anti-Muslim statements made by the 9/11 Memorial and Museum Board Trustee Debra Burlingame and called for the museum to remove her from its board.

On September 8th, Burlingame participated in a webinar marking the 20th anniversary of September 11, 2001 hosted by the Center for Security Policy, an anti-Muslim hate group founded by conspiracy theorist Frank Gaffney.

During the webinar, Burlingame made numerous Islamophobic statements. Among other things, she said the biggest mistake made immediately after 9/11 was former President George W. Bush’s assertion that Islam is a peaceful religion: “I think if I can go back and change something, I would have the messaging coming out of the white house to be a little more complicated than ‘Islam is a religion of peace.”

Burlingame also falsely claimed that someone named Nawafa Hansmi serves as the director of CAIR, and that CAIR is on “the FBI’s material support for terrorist lists.”

Burlingame has a long history of anti-Muslim bigotry. In 2010, she issued a press release denouncing former President Obama’s support for the right to establish the Park51 community center. That place of worship, she claimed, would spread Sharia law across the United States, leading to the “subjugation of all free people, including secular Muslims who come to this country fleeing that medieval ideology, which destroys lives and crushes the human spirit.”

She has also called Islam a “transnational threat” and has said there is “no such thing as an irrational fear of Islam or Muslims.”

“On the 20th anniversary of the 9/11 tragedy, there is a moral imperative to honor our fallen by standing against hatred and promoting an environment of justice, hope, resilience and unity amongst all Americans. Ms. Burlingame’s latest bigoted, anti-Muslim comments instead inflame divisiveness and impede healing.

“Ms. Burlingame’s long history of making bigoted remarks about Islam and Muslims are simply antithetical to the purpose of the 9/11 Museum. No one who serves this important institution should use it as a platform to espouse that kind of hatred, which ultimately fosters violence. It is long past time for Ms. Burlingame to be relieved of her duties.

“The 9/11 Memorial and Museum’s stated mission includes to ‘inspire an end to hatred, ignorance, and intolerance.’ And yet, the Museum’s Board of Trustee’s includes an individual that continues to breed hate and intolerance against the Muslim community.”

CAIR-NY noted that it and other organizations have previously commented on Ms. Burlingame’s troublesome role with the 9/11 Memorial Museum.