CAIR-NY Denounces Use of Unmarked Van in NYPD Arrest, Sounds Alarm on Rising Militarization of Police 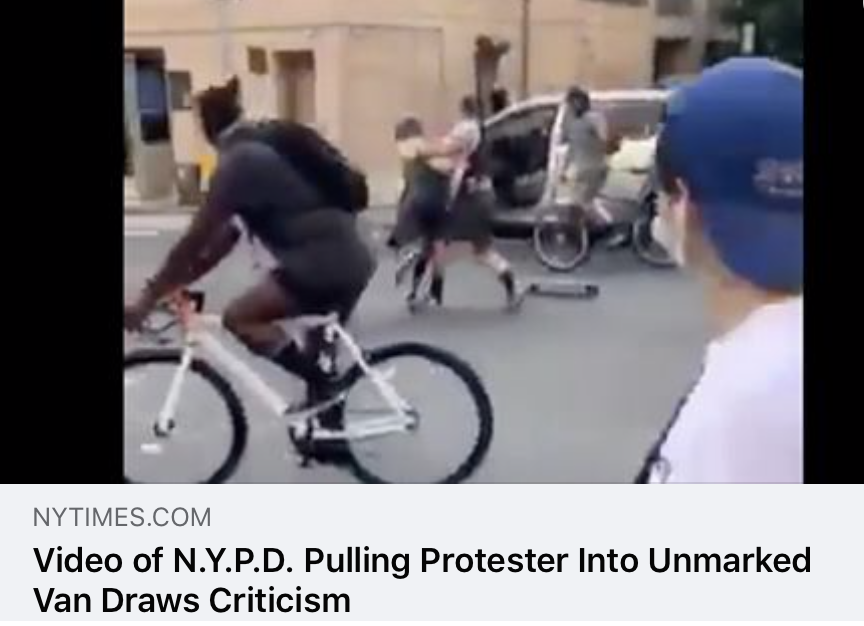 (NEW YORK, N.Y. 7/29/2020) – The New York chapter of the Council on American-Islamic Relations (CAIR-NY), the nation’s largest Muslim civil rights and advocacy organization, today condemned the aggressive arrest of a demonstrator at an Abolition Park protest in downtown Manhattan.

According to media reports, the NYPD — drawing parallels to the federal militarization in Portland, Oregon — used plainclothes agents to snatch the protester off the street, shove her into an unmarked minivan and drive off as bystanders watched in terror.

The protester, whose name has not been fully publicized, has been released by the NYPD. However, the NYPD has defended these aggressive and nontransparent practices, claiming the warrant squad regularly uses unmarked vehicles and plainclothes officers. There has been mounting concern over the future of New York City employing unidentifiable policing, intimidation tactics, and the provocation of civilians.

SEE: N.Y.P.D.’s Use of Unmarked Van in Arrest Draws Parallels to Portland

“Everyone should be horrified at the idea of armed government authorities jumping out of unmarked vans — and without any kind of identification or warning — snatching a woman off the street in broad daylight. This was an abduction-style arrest reminiscent of violent dictatorships using law enforcement to silence dissenters.  Kidnapping protesters is illegal when federal officials do it in Portland, and it is illegal when the NYPD does in New York City. The public deserves answers. This police practice must be abolished.”

CAIR-NY reaffirms its commitment to demand police accountability and protect the rights of civil demonstrators: