CAIR-NY: #FreeBakhodir Coalition to Hold Press Conference & Rally to Call on ICE to Stop Deportation of Husband and Father 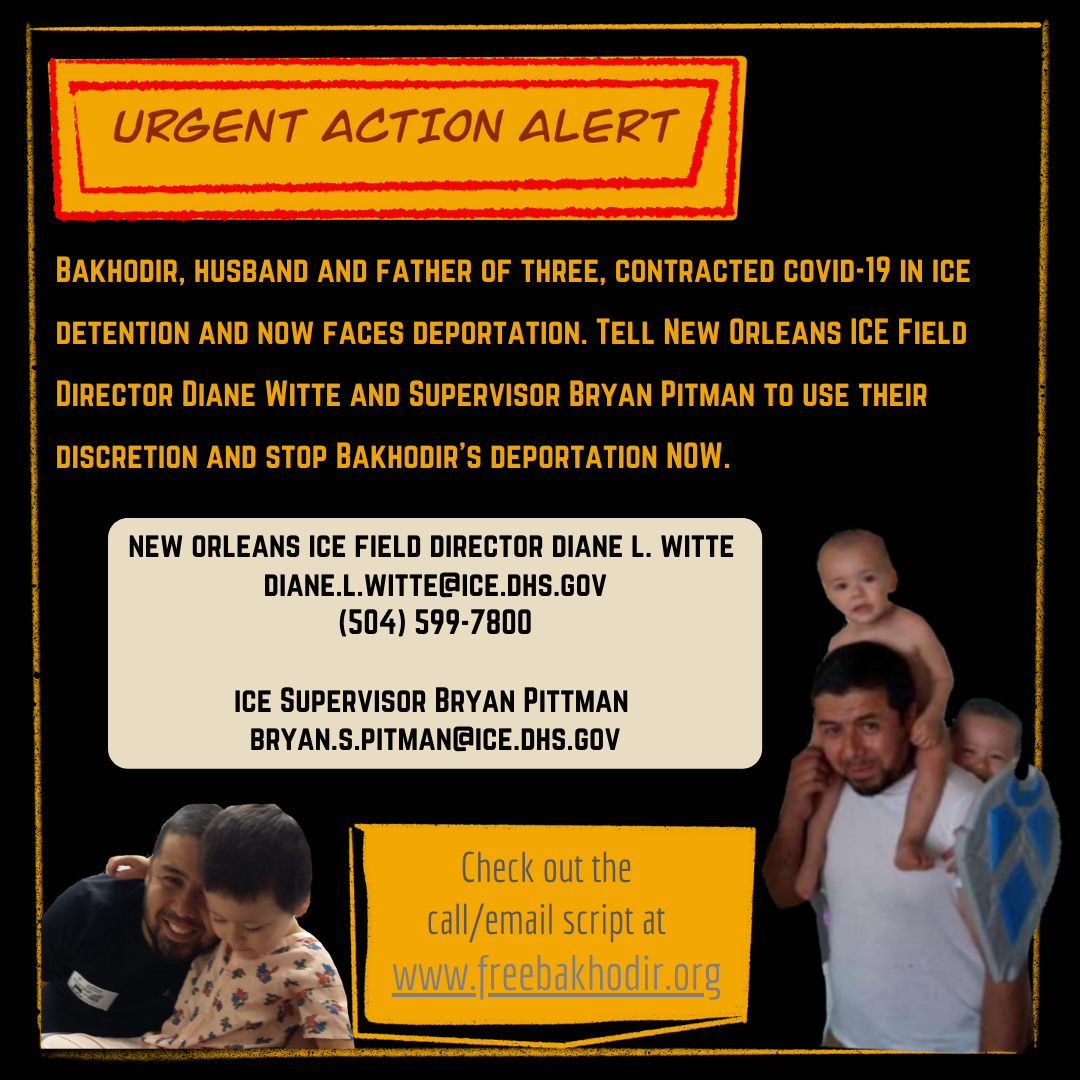 (NEW YORK, N.Y., 9/20/20) – On Monday, September 21, the #FreeBakhodir Coalition will hold a press conference and rally outside the Jacob K. Javits Federal Building in New York City to call on Immigration and Customs Enforcement (ICE) to stop the deportation of Bakhodir Madjitov, a husband and father of three native-born U.S. citizens who has COVID-19 that he contracted while in ICE custody.

Note: Mr. Madjitov filed a federal lawsuit on Friday against the US government and three ICE agents for a violent assault that took place in June 2019 during a previous, illegal attempt to deport Mr. Madjitov. In that case, Mr. Madjitov’s lawyers (CAIR-NY and the New Haven Legal Assistance Immigrant Rights Clinic) have requested an emergency temporary restraining order be issued to prevent ICE from deporting him.  The TRO motion is currently pending before the court.

Background information about Mr. Madjitov’s lawsuit can be found here:

What: Press Conference and Rally Calling for ICE to Stop Bakhodir’s deportation

The #FreeBakhodir Coalition is made up of:

The Coalition invites all Americans to visit www.freebakhodir.org and stop the deportation of Mr. Madjitov.  Calls to action include signing this moveon.org petition and sending an email letter to ICE officials in charge of Bakhodir’s removal.

The New Haven Legal Assistance Association is a historic legal aid office whose mission is to secure justice for and to protect the rights of those in our community who are otherwise unable to engage legal counsel.