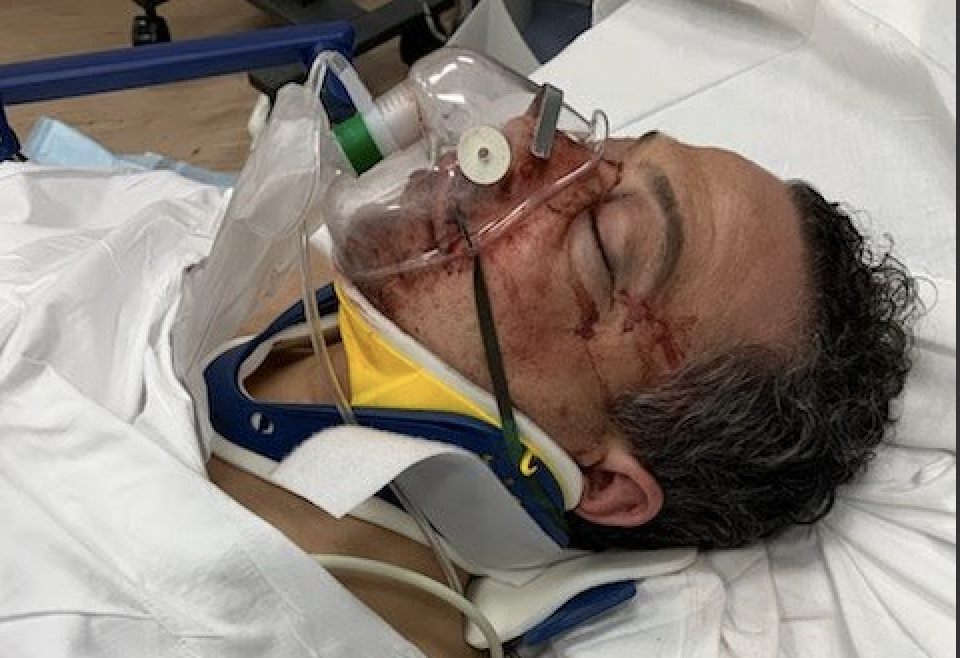 (NEW YORK, NY, 11/13/2020) – The New York chapter of the Council on American-Islamic Relations (CAIR-NY), the nation’s largest Muslim civil rights and advocacy organization, today welcomed the arrest of one of the two alleged attackers in a vicious assault launched against a Muslim father in front of his wife and children on November 6, 2020 in Rego Park, Queens. The second alleged perpetrator remains at large and the investigation is ongoing.

Earlier this week, CAIR-NY called on the NYPD to initiate a hate crime probe.

According to Michael Brovner, Chief of the Hate Crimes Bureau at the Queens District Attorney’s office, Giselle DeJesus was arrested last night, November 12, 2020, and charged with one count of Assault in the Second Degree as a Hate Crime, three counts of Aggravated Harassment in the Second Degree, four counts of Endangering the Welfare of a Child, and one count of Disorderly Conduct.

The victims of the alleged hate crime, 38-year-old Egyptian-American Khaled Aly and his wife, Neamat Taha, and their two children, have yet to return to their home out of fear for their safety. On November 6, 2020 the family had just parked their car in their parking spot when the assailants confronted them and began to harass Taha. Taha wears a hijab, an Islamic headscarf.  The female assailant grabbed Taha while the male assailant began to aggressively approach Taha.  Prior to grabbing Taha, the assailants told the family that “we are in America” and the female assailant called her a “f***ing Muslim.”  Aly asked the assailants to leave them alone and to not touch his wife.  Without warning, the assailants then attacked Aly and viciously beat him while his kids watched in horror. During the assault, the assailants repeatedly cursed at Aly and the female assailant called him a “f***ing Muslim” and the male assailant threatened to “kill your f***ing family.” Aly was immediately rushed to the hospital where he was hospitalized and underwent surgery for his ‎injuries.  Aly was released from the hospital Monday evening.  ‎

Photos of Aly After the Assault:

“We are grateful that one of the suspects has been taken into custody—and appropriately charged with a hate crime. We are hopeful that the male suspect will soon be arrested and charged so that the family can feel safe again.  No individual should ever be targeted in a manner such as this.  We thank the 112th precinct for their diligent work so far and appreciate the guidance of Mr. Brovner from the Queens District Attorney’s office.  We will continue to advocate for the family and ensure that justice is served.”