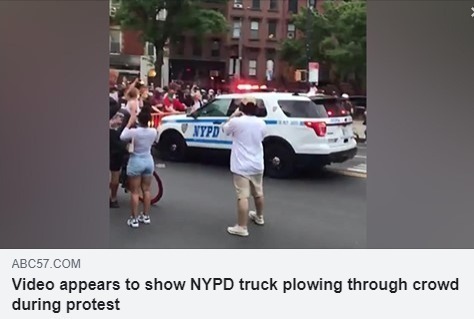 (NEW YORK, N.Y. 5/31/20) – The New York chapter of the Council on American-Islamic Relations (CAIR-NY), a chapter of the nation’s largest Muslim civil rights and advocacy organization, today welcomed the New York Attorney General James’ investigation into the NYPD for its use of force against demonstrators protesting the killing of George Floyd.

The attorney general’s investigation comes after videos were posted by bystanders which record use of violence against protesters, including a woman forcefully pushed to the ground against a sidewalk, and a police car surrounded by protesters driving into the crowd and injuring many.

“CAIR-NY welcomes the news of Attorney General James’ investigation into the NYPD’s use of force against those exercising their First Amendment right to assemble and protest the murder of George Floyd.

“The frustration simmering on the streets comes after the failure of law enforcement agencies and elected officials to effectively address the repeated unjustified violence of police toward the Black community. What we hope for is that an independent review by Attorney General James will distinguish between appropriate defensive actions by police trying to keep the peace and abusive force that cannot be tolerated by those sworn to protect.”

CAIR-NY has supported the Attorney General’s investigation of NYPD actions in relation to other potential abuses.