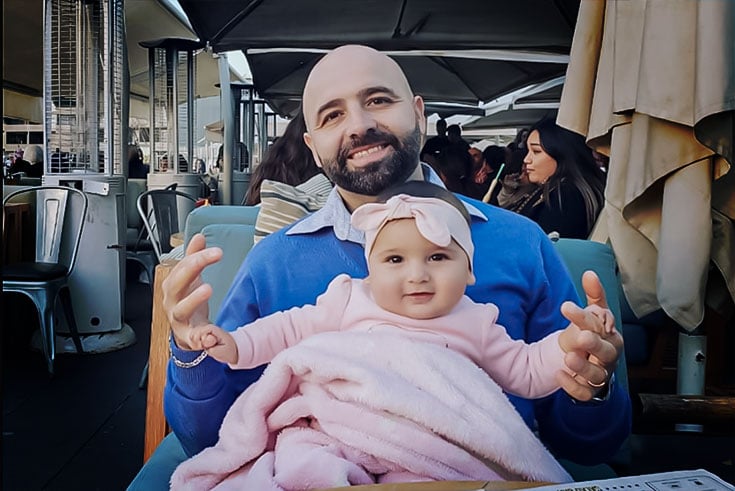 (TOLEDO, OH, 10/6/2020) – The Ohio office of the Council of American-Islamic Relations (CAIR-Ohio) announced today that a Toledo Muslim man has been reunited with his family after nearly five years of unexplained visa delays.

That family reunification comes because of a lawsuit filed by CAIR-Ohio against the U.S. Department of State and U.S. Embassy in Beirut.

Rabih Ramadan, a U.S. citizen and Toledo resident, his wife, Roukaya Mansour, and their two-year-old daughter landed together at Detroit Metropolitan Wayne County Airport last week after a long and painful immigration battle.

The couple met in Lebanon in 2015 and got engaged shortly thereafter. Ramadan wanted his fiancée to come live with him in Ohio, where he had family and a business. First, the couple filed for a K-1 visa, or “fiancé visa.”

For the next three years, the couple put their lives on hold and faced significant financial strain as Ramadan had to frequently travel to Lebanon to spend time with his wife. Mansour gave birth to their daughter in 2018 and was forced to raise her without the support of her husband.

Finally, Ramadan reached out in desperation to CAIR-Ohio. CAIR-Ohio filed a federal mandamus lawsuit against the U.S. Department of State in order to force the U.S. Embassy in Beirut to process the application.

SEE: Toledo man turns to court to reunite with wife, child in Lebanon

“No American or legal resident should be forcibly separated from their family for years for no legitimate reason. Unfortunately, this is not the first time CAIR-Ohio has encountered this issue. There are too many Muslim immigrants denied their legal rights because of secret government watchlists. No one should be forced to resort to lawsuits to obtain a benefit which is their legal right.”