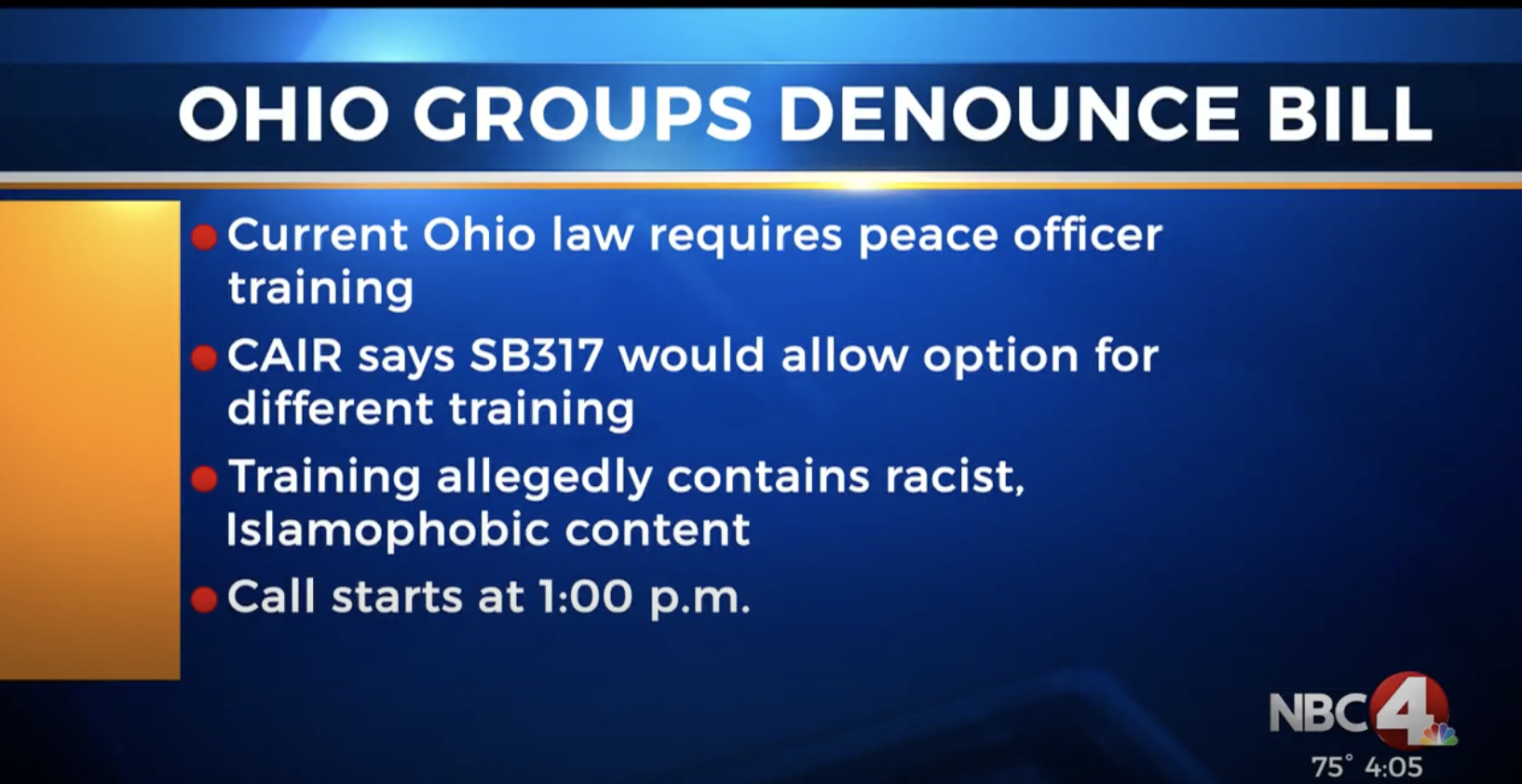 (COLUMBUS, OH – 7/20/2020) – The Ohio chapter of the Council on American-Islamic Relations (CAIR-Ohio) today urged the Ohio Senate to reject Senate Bill 317, a bill that would drastically reduce the safety training requirements for teachers carrying guns in Ohio elementary, middle and high schools.

CAIR-Ohio will be providing opponent testimony tomorrow in the Senate Government Oversight and Reform committee.

In the absence of statewide training and oversight, Ohio schools could choose to send their teachers and staff to dangerous private training programs that promote anti-Muslim bigotry and stereotyping. This anti-Muslim training includes the association of “Allahu Akbar,” which means “God is most great,” as an indicator of a terrorist attack. “Allahu Akbar” is used by Muslims in prayers and as a general declaration of faith or thankfulness. These programs will create a toxic and dangerous environment for Muslim students and teachers resulting in religious profiling and unfair disciplinary action with potentially fatal consequences.

CAIR-Ohio has issued an Action Alert urging all Ohioans to call on their Senators to oppose this bill. SEE: CAIR-Ohio Action Alert

“The passage of SB 317 would lower the standards for school officials to be armed. It will also allow schools to use training programs that are not subjected to any government oversight or accountability. The commonly-used private training program has been utilizing Islamophobic material, which jeopardizes the safety of students of color. We urge the Ohio Senate to vote against this bill.”