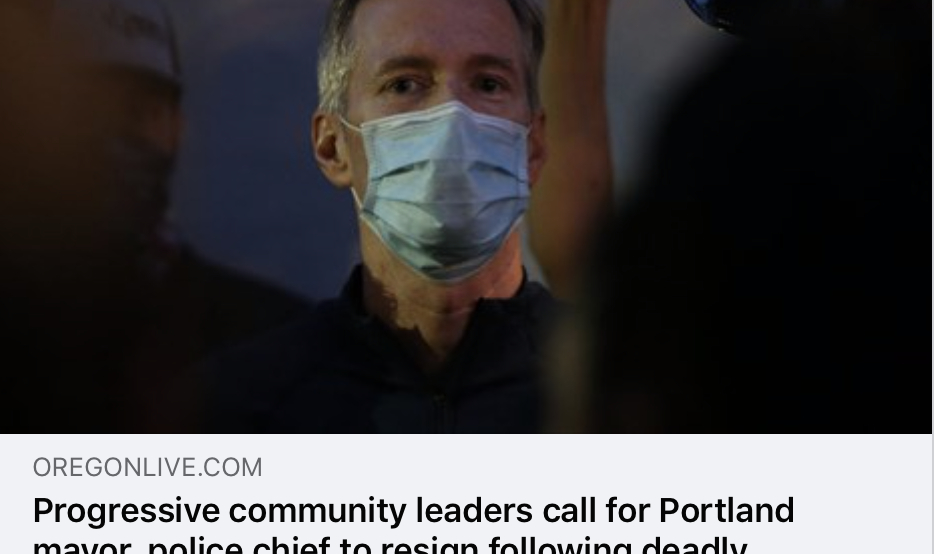 (PORTLAND, OREGON, 8/31/20) — The Oregon chapter of the Council on American-Islamic Relations (CAIR-Oregon), the Oregon Justice Resource Center, the Portland Democratic Socialists of America (Portland-DSA), NextUp Action Fund, Portland’s Resistance, and PopMob are calling on Portland Mayor Ted Wheeler to resign after a person was killed in downtown Portland.

In a statement, the organizations said:

We are deeply saddened by the loss of life last night and we offer our sympathies to the family of the victim.

“Amid 94 days and nights of protests against police brutality, Mayor Wheeler has fundamentally failed in his responsibilities to the residents of Portland.

What took place last night was inevitable given Mayor Wheeler’s repeated failures. He has not protected or supported Portlanders. We do not have confidence in his ability to course-correct. He must resign.”