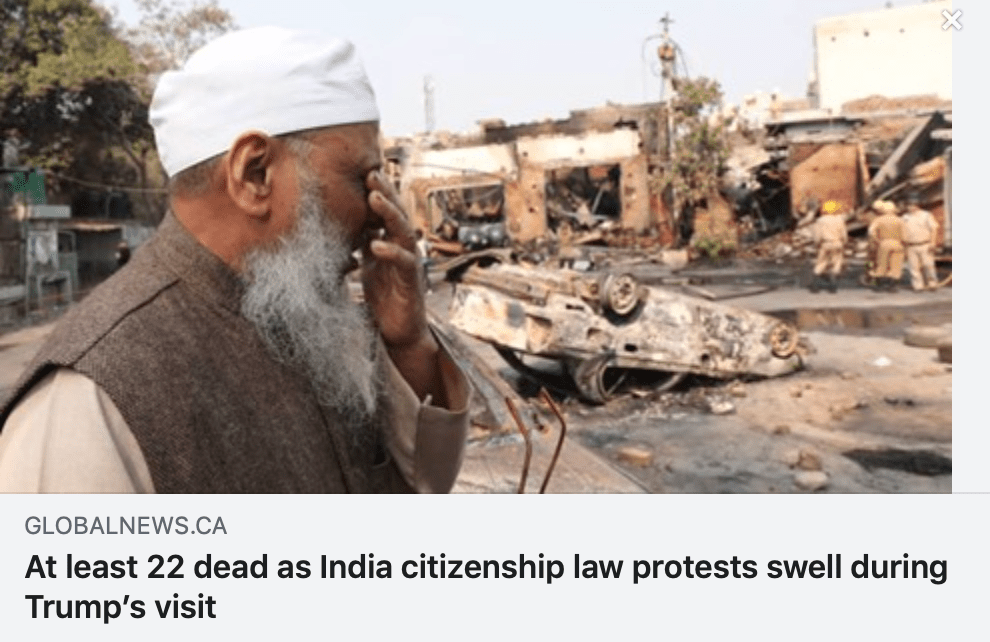 (BALTIMORE, MD, 2/26/20) – The Council on American-Islamic Relations (CAIR), the Howard County Muslim Council and Justice For All today issued a joint statement strongly denouncing the Indian Origin Network of Howard County’s (ION HoCo) attempts to silence and intimidate a group of Muslim high school students after they held an event last month to raise awareness about the Indian government’s anti-Muslim Citizenship Amendment Act (CAA) and the subsequent crackdown on Muslims and other minorities in that country.

On January 8, the Muslim Students Association at Centennial High School in Ellicott City, Md., held an “India Awareness Day” to “draw attention to the recent Islamophobic shifts in India’s citizenship law and its aftermath.”

That event – which was the most recent in a series of events held by the student group to raise awareness about injustices and oppression occurring around the world – was attended and supported by a diverse group of community members.

On February 1, ION HoCo held a meeting that was advertised to help improve the “understanding of issues such as CAA, NRC, religious shift in South Asian Countries, freedom of speech and other related topics,” but according to testimonies from some who attended, allegedly devolved into “full-blown Islamophobia” and a subsequent attempt to justify India’s anti-Muslim policies.

Yesterday, amidst reports of escalating brutal crackdown on Muslims in India’s capital this week coinciding with President Trump’s visit to the region, CAIR and its allies learned that ION HoCo is now intending to testify at the Howard County Public Schools Board of Education hearing this Thursday in an apparent attempt to stifle dissent by prohibiting the Muslim student group from exercising their constitutional rights and organizing similar events raising awareness about injustices in India.

In its community announcement, ION HoCo is alleging that the students targeted people with “ties to a particular country” referring to India. However, the students were specifically seeking to draw attention to the plight of persecuted minorities suffering as a consequence of the recent wave of right-wing Hindu nationalism sweeping the nation.

“The students who organized the January event were clear in their intention to raise awareness about the human rights violations taking place in India,” said CAIR Director of Maryland Zainab Chaudry. “Rather than taking a courageous moral stance and praising their initiative, it is shameful that ION HoCo is expending its resources and energy trying to delegitimize and undermine their conscientious advocacy.”

“The continued targeting of these students by these parents is unacceptable,” saidHoward County Muslim Council President Ainy Kazmi. “The students exercised their freedom of speech to raise awareness against oppression, as they have done a number of times in the past.”

“American youth have a right to protest human rights abuses and engage in activities to help prevent genocide,” said Director of Outreach at Justice For All’s Washington, D.C., office Hena Zuberi. “We applaud ethical student activism and condemn the silencing of peaceful protests of Muslim students and allies in Howard County.”

The groups are urging the HCPSS Board of Education to protect the students’ rights to assemble and organize subsequent events related to the issue should they choose to do so.

“We are once again witnessing an explosion of violence targeting a religious minority and the world stands silent. The international community, including the United States, must speak out against the growing sectarian attacks in India fueled by anti-Muslim legislation and hate rhetoric emanating from the highest levels of Indian society.”

Howard County Muslim Council (HCMC) is a community volunteer organization dedicated to promoting the interests and involvement of Muslims in Howard County.

Justice for All is a human rights NGO with Consultative Status at the UN. The organization advocates for the global strengthening of human rights and has been instrumental in shaping the discourse around the ‘genocide’ debate in the U.S.