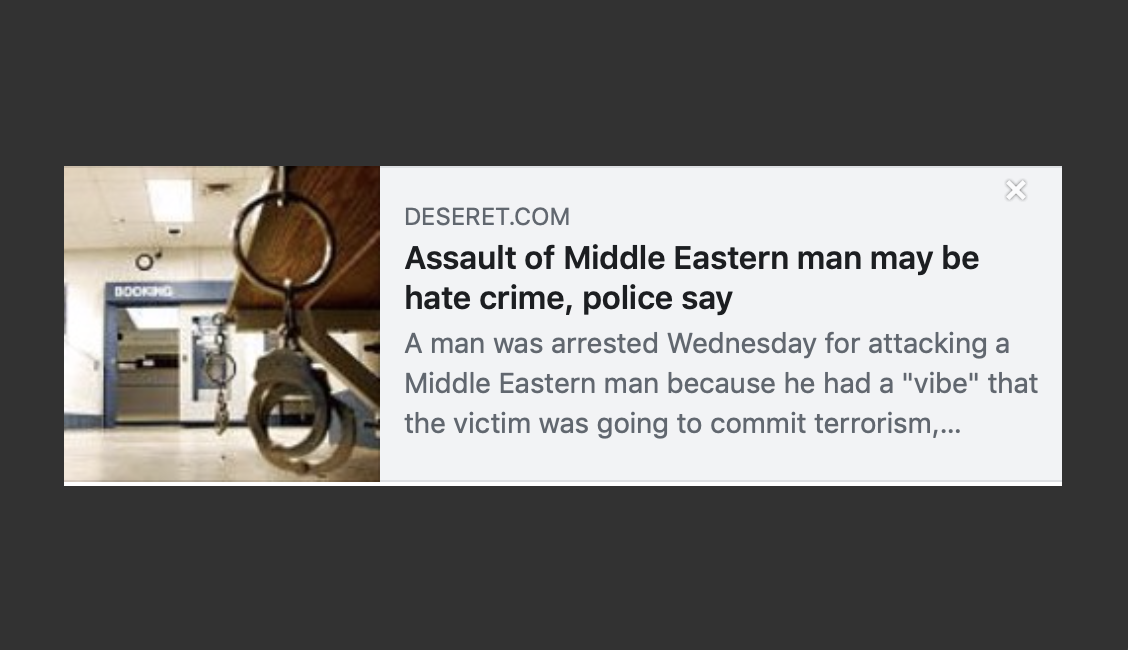 (WASHINGTON, DC., 3/26/20) – The Council on American-Islamic Relations (CAIR), the nation’s largest Muslim civil rights and advocacy organization, today called for hate crime charges to be brought against a suspect who allegedly assaulted a “Middle Eastern” man in Utah because he felt a “vibe” that the victim “was going to do an act of terrorism.”

Scott Kenneth Alexander, 37, of Millcreek, was arrested on two counts of assault, drug possession and unlawful detention for the alleged assault in the parking lot of a Smith’s grocery store. Alexander, who has a long criminal history, was reportedly in possession of methamphetamine when he was arrested.

He added that CAIR has reported an increase in hate rhetoric and bias-motivated incidents targeting American Muslims and other minority communities since the election of President Trump and the beginning of the COVID-19 pandemic.

Earlier today, CAIR called for disciplinary action against any student responsible for anti-Asian vandalism on the University of Wisconsin-Madison campus.