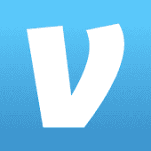 (SANTA CLARA, CA, 9/24/2020) – The San Francisco Bay Area office of the Council on American-Islamic Relations (CAIR-SFBA), the nation’s largest Muslim civil rights and advocacy organization, today announced the filing of a discrimination complaint with the City of Fremont Human Rights Commission against payment processor Venmo for its policy of targeting payments associated with Islam or Middle Eastern nationality or ethnicity.

This complaint builds on incidents around the nation that CAIR offices have been contacted regarding leading to the promulgation of the #BankingWhileMuslim campaign to fight anti-Muslim discrimination in the financial sector.

According to the discrimination complaint, on June 3, Ms. Moina Shaiq, a Muslim woman of Pakistani heritage, sent a donation to a family member through Venmo to support Syrian refugees residing in Atlanta. Venmo flagged and restricted the payment.

Several hours later, Ms. Shaiq received an email from a Venmo representative asking about her “reference to ‘Syria.” The complaint alleges that the term “Syria” was flagged for referencing a country vilified and targeted unfairly and for Syrian refugees fleeing the conflict being demonized by President Trump’s Muslim Ban. Therefore, the filtering of payments with the term “Syria” by Venmo singles out Muslims and those perceived as being of Arab or Syrian background.

Ms. Shaiq, is a community advocate, previous Fremont Human Relations Commissioner, and former candidate for Fremont School Board. The incident she experienced, which left her feeling offended and humiliated, is illustrative of a broader discriminatory policy used by Venmo of flagging certain payments with identifiers related to Islam or Arabic terms, a policy which singles out and criminalizes consumers on the basis on their real or perceived identities or Muslim faith.

Other users of Venmo have reported sharing her experience, including Ms. Shahana Hanif, a Muslim woman of Bangladeshi heritage, whose payment to a friend for a meal they ate together, at Al-Aqsa Restaurant in New York, was blocked. This led CAIR New York to file a complaint with the New York City Human Rights Commission for surveilling and profiling Muslim Americans such as Ms. Hanif leading to differential treatment.

SEE: CAIR-NY Discrimination Complaint Against Venmo for Policy that Singles Out Muslims

Newsweek tested several dozen payments on the service using various terms. Payments with terms like “Persian,” referencing an ethnicity associated with the Muslim-majority country of Iran, were flagged and singled out solely on that basis. In contrast, transactions mentioning “Cuba sanctions” and “North Korea food,” reportedly passed through unflagged.

“I feel so violated, being a U.S. citizen, that I can’t enjoy the same privileges as my other fellow citizens, because of my faith.”

“What happened to Ms. Shaiq – having her donation payment blocked and her First Amendment rights infringed on due to her religion or race – is worrying. Treating Muslims as inherently suspicious has become fairly common yet we demand that Venmo take immediate action to ensure that ‘Venmoing While Muslim’ and ‘Banking While Muslim’ do not become established practices in violation of basic principles of non-discrimination and fairness.”

CAIR-SFBA encourages community members who have experienced similar challenges processing payments via Venmo to contact CAIR-SFBA’s legal team for assistance by filing an incident report online or by calling 408.986.9874.