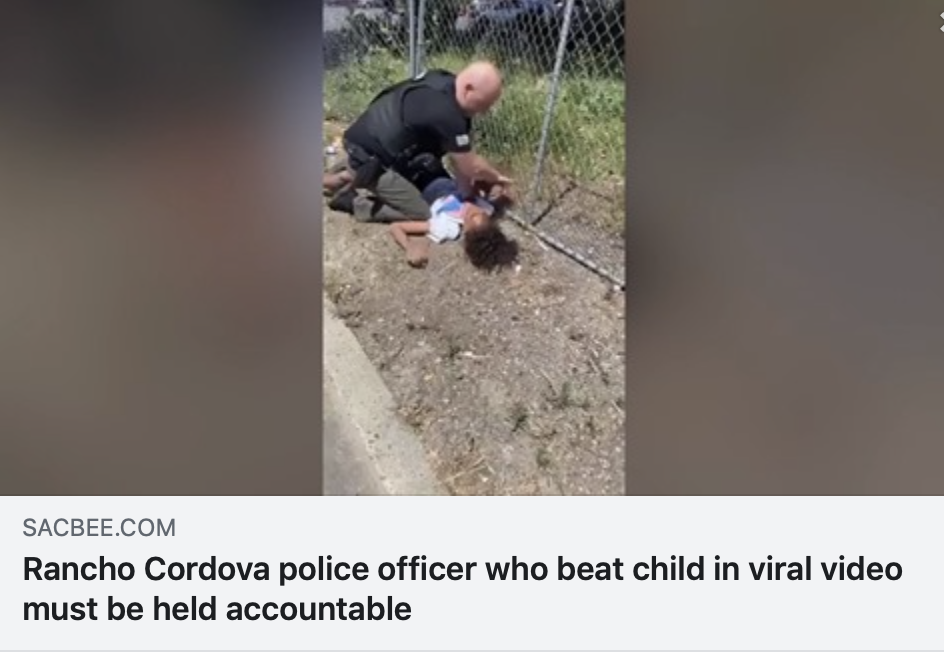 Video of the incident went viral after it was shared early Tuesday on Twitter by a woman who identified herself as the boy’s sister.

The video shows the much-larger officer punching and yanking the boy on Monday as he attempts to detain the child in connection with alleged possession of tobacco products.

In a statement, CAIR-SV Policy & Advocacy Manager Oussama Mokeddem said: “The video footage left me and many others sick to our stomachs. No matter the circumstances surrounding the incident, this video shows extreme and unacceptable use of force by an officer against a much smaller boy. In the video, the officer is shown pummeling the boy and seemingly throwing the child around like a ragdoll. At one point, the officer even roughly pushes the boy’s head into the curb. This is yet another example of the epidemic of police brutality against Black people. This officer must be held accountable.”

CAIR-SV has called for accountability and investigations in other incidents involving allegations of disparate treatment of African Americans by law enforcement, including in the fatal police shooting of Stephon Clark.

CAIR California also advocated strongly for Assembly Bill 392, the California Act to Save Lives, last year, which aims to limit the use of deadly force by law enforcement. The bill was signed into law on Aug. 19, 2019.