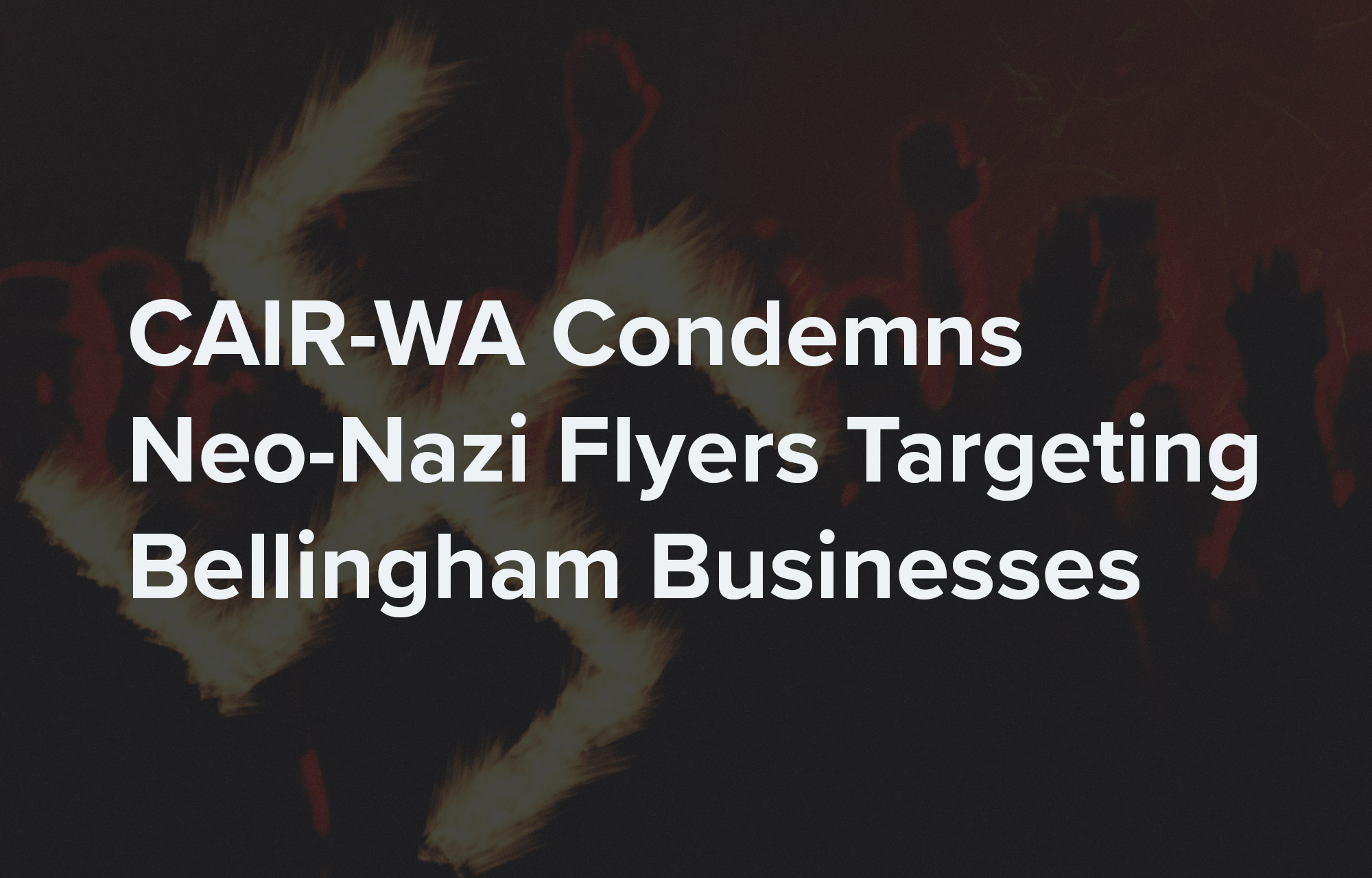 (SEATTLE, WA, Oct. 13, 2020) — The Washington state chapter of the Council on American-Islamic Relations (CAIR-WA), a chapter of the nation’s largest Muslim civil rights and advocacy organization, today condemned the multiple acts of hate in the Bellingham area this past weekend when stickers with Nazi swastikas and the message “We are everywhere” were posted on several businesses.

“It is truly disturbing to see these brazen acts of hate targeting our communities. Without a doubt, as we approach the general elections, these types of incidents will continue to increase — and we will stand in solidarity with all marginalized communities against these disgusting acts.”

The Washington State Legislature determined that displaying a swastika with the intent to incite fear is a hate crime offense, and in the same legislation acknowledges that such hate crimes have sharply increased in the state since 2015. Between 2015 and 2019, hate crime incidents in Washington state doubled, from 275 reported in 2015 to 559 reported in 2019. (Statistics from FBI, WASPC)

CAIR Washington and the Washington Muslim community are standing in solidarity with all those challenging anti-Semitism, anti-Black racism, anti-Immigrant rhetoric, Islamophobia, and white supremacy.