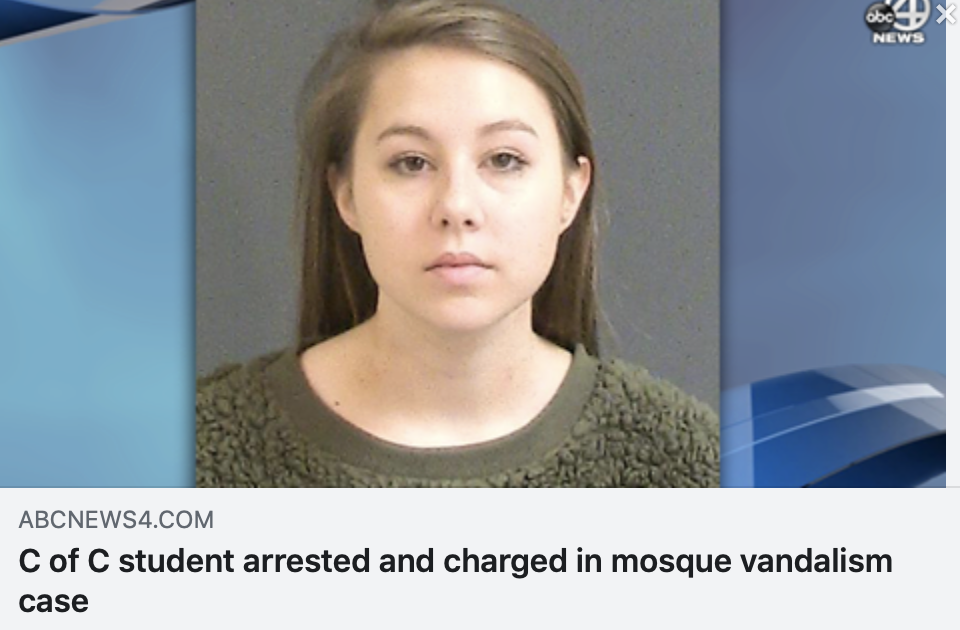 Hailey Riddle, 18, was charged with malicious injury to a place of worship. Her bond hearing is set for today.

CAIR had previously called on law enforcement authorities to investigate a possible bias motive for the vandalism.

SEE: CAIR calls for probe of bias motive in vandalism against Islamic Center of Charleston

“We welcome the arrest of this suspect and thank police for their swift and professional actions,” said CAIR National Communications Director Ibrahim Hooper. “We hope this arrest will help determine a motive for the vandalism.”

He noted that South Carolina does not have hate crime legislation, but Charleston passed a hate intimidation ordinance in 2018.