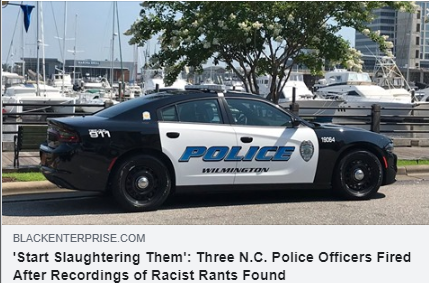 A department audit led to the firing of Cpl. Jessie Moore, and officers Kevin Piner and Brian Gilmore after they were overheard using racial slurs and saying a civil war was necessary to wipe Black people off the map. One of the officers reportedly said, “we are just going to go out and start slaughtering them (expletive)” and “I can’t wait. God, I can’t wait.”

“As a Wilmington local, I commend Wilmington PD for its proactive handling of this case. CAIR welcomes this decision to stand on the right side of justice and show that bigotry will not be tolerated in the society we are all working toward.”

She said CAIR and the American Muslim community are standing in solidarity with all those challenging anti-Black racism and white supremacy.