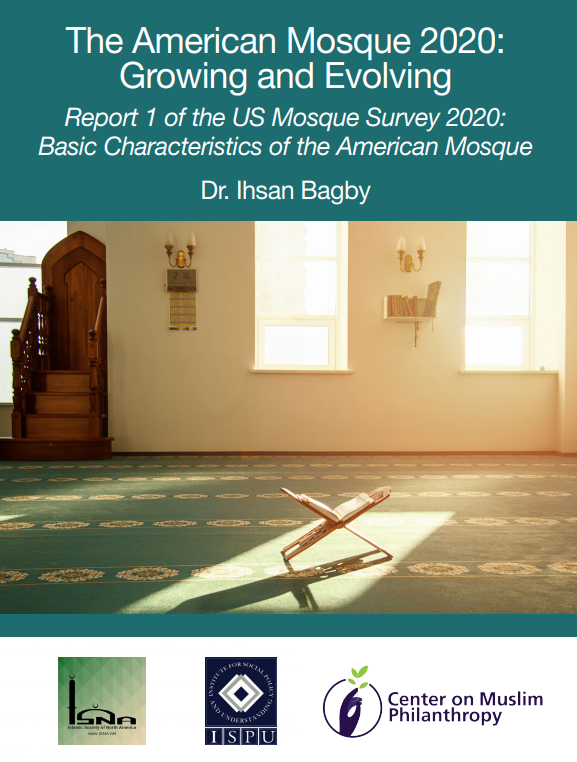 (WASHINGTON, D.C, 6/2/2021) – The Council on American-Islamic Relations (CAIR), the nation’s largest Muslim civil rights and advocacy organization, today welcomed a new report on U.S. mosques that shows a 31 percent increase in the number of Muslim houses of worship nationwide since 2010.

[NOTE: CAIR is one of the primary sponsors of the report.]

The “American Mosque 2020: Growing and Evolving” is a comprehensive statistical study of mosques in the United States with the goal of providing a detailed portrait of the American mosque to dispel misconceptions and to help mosque leaders and congregants better understand their mosque for future improvements.

Mosque surveys were conducted in collaboration with a larger study of American congregations called Faith Communities Today (FACT), which is a project of the Cooperative Congregational Studies Partnership (CCSP), a multi-faith coalition of numerous denominations and faith groups headquartered at Hartford Seminary.

“The increase in U.S. mosques, participants and budgets is a sign of a healthy democracy that upholds and guarantees the First Amendment to everyone, including American Muslims. We are pleased to be a co-sponsor of an important report that provides a snapshot of the current status of mosques around the nation and what needs to be done to improve the conditions and diversity of American Muslim communities,” said CAIR Executive Director Nihad Awad. “The continued growth of American Muslim houses of worship and community centers also corresponds to the national increase in Muslim civic engagement and political organizing.”

KEY RESEARCH FINDINGS OF THE REPORT:

Background on US Mosque Survey 2020:

Report 1 focuses on essential statistics, mosque participants, and mosque administration. Report 2, which will be released in late summer 2021, focuses on Islamic approaches in understanding Islam, perspectives of mosque leaders on American society, mosque activities, and women in the mosque.

Both reports are authored by Dr. Ihsan Bagby and jointly published by the Islamic Society of North America (ISNA), Center on Muslim Philanthropy, and the Institute for Social Policy and Understanding (ISPU).