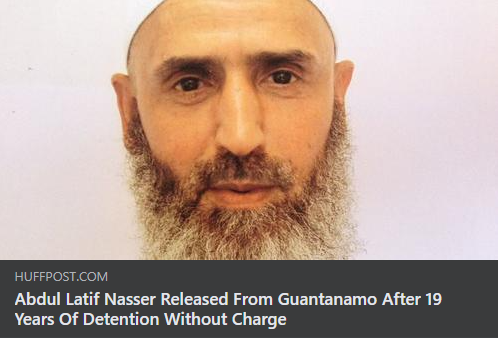 (WASHINGTON D.C., 7/19/2021) – The Council on American-Islamic Relations (CAIR), the nation’s largest Muslim civil rights and advocacy organization, today welcomed the release of a Guantanamo detainee who was imprisoned at the facility for 19 years without a charge.

SEE: Abdul Latif Nasser Released From Guantanamo After 19 Years Of Detention Without Charge

Abdul Latif Nasser, originally from Morocco, was transferred to his home country today. Nasser was captured in Afghanistan and detained in Guantanamo in 2002. He was alleged to be a ranking member of Al Qaeda, but evidence was lacking and he was never given a trial or charged with an offense.

“We welcome the decision of the Biden administration to release this detainee, who should have been released long ago. We hope that this decision represents the first step toward full closure of the Guantanamo detention facility, which has been the site of horrific human rights violations and injustices. The inhumane policy of indefinite detention without trial must end.”

Mitchell noted that CAIR has repeatedly called for the closure of Guantanamo.

SEE: A Prayer to Close Guantanamo