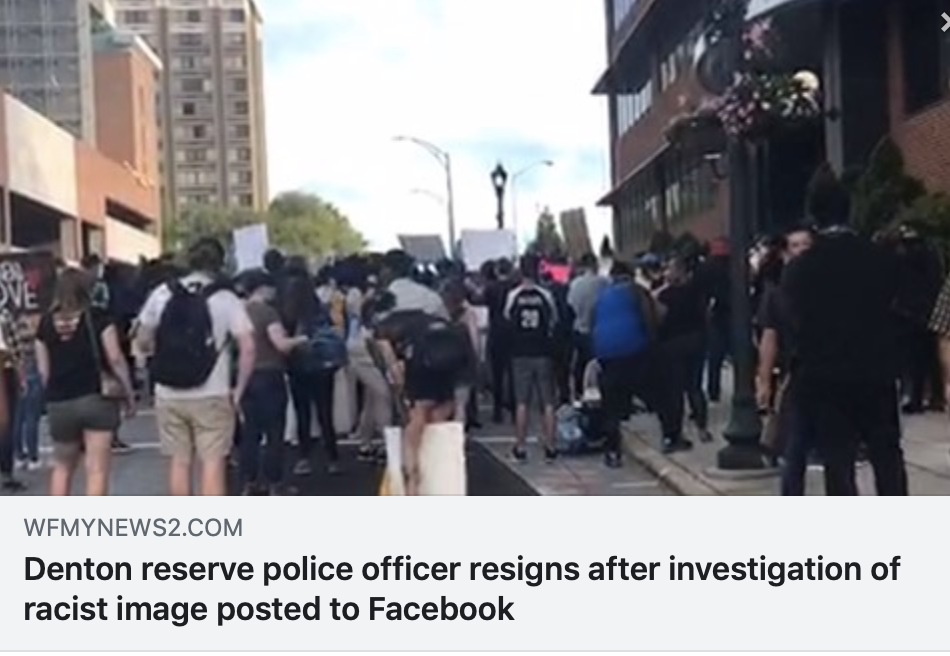 (WASHINGTON, D.C., 6/3/20) – The Council on American-Islamic Relations (CAIR), the nation’s largest Muslim civil rights and advocacy organization, today welcomed the resignation of a Denton, N.C., reserve police officer following an investigation of a racist message he posted on social media.

On May 31, reserve police officer Edwin Brian Grubb allegedly posted a photo of a noose in response to a news story about property damage during Greensboro anti-racism protests. After receiving a report of the post, the Denton police and the Davidson County Sheriff’s Office investigated, and Grubb resigned. The Town of Denton and the Denton Police Department condemned the Facebook post.

“Not only was the post racist, but it was also a reminder of a time in America’s history when the murder of black people went unpunished. This resignation is a step in the right direction to remove law enforcement officers who hold biased views that inevitably result in injustice and discrimination.”

She noted that has reported an unprecedented spike in bigotry targeting American Muslims, immigrants and members of other minority groups since the election of Donald Trump as president and since the beginning of the COVID-19 pandemic.