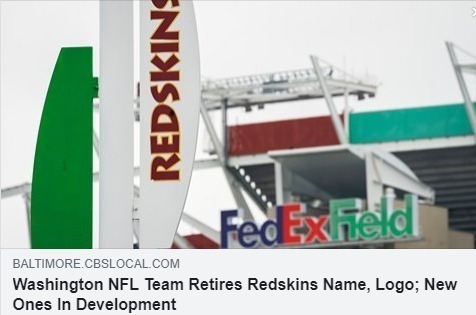 “We welcome this long-overdue decision to drop the pretense that this racist name ‘honored’ Native Americans, and we encourage the team to choose a new name and logo that all supporters of Washington football can root for,” said CAIR National Executive Director Nihad Awad.

Awad noted that as early as 2013, CAIR joined the call by Native American groups and others concerned about derogatory team nicknames and mascots in calling for the name change.