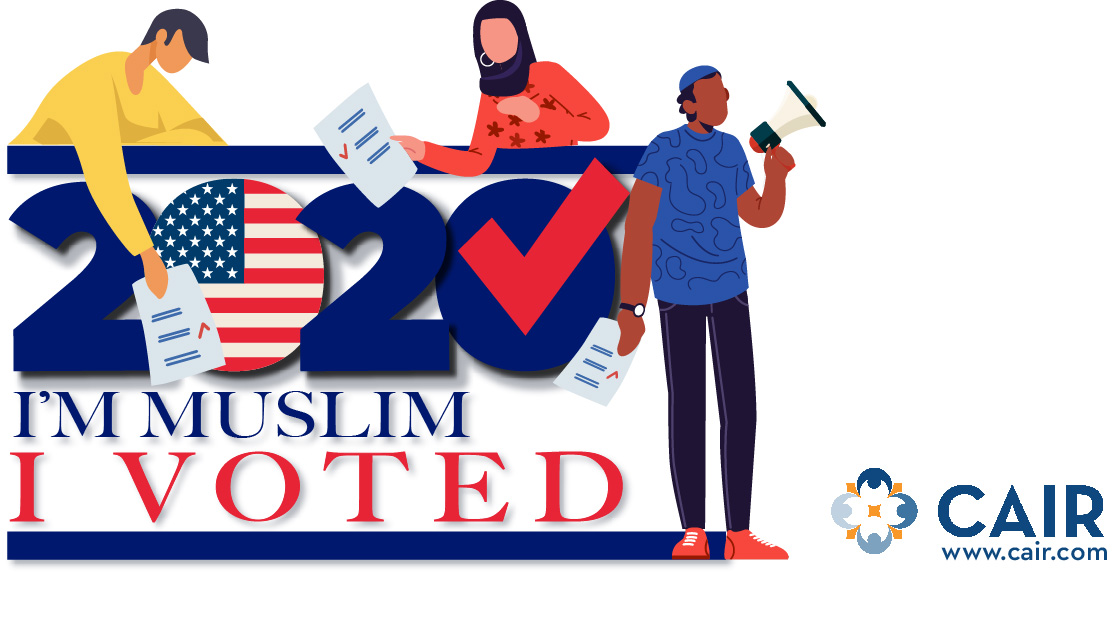 Ballots mailed after today may not delivered and counted on time in some states due to the slow-down of postal service and ongoing litigation.

(WASHINGTON, D.C., 10/28/20) — The Council on American-Islamic Relations (CAIR), the nation’s largest Muslim civil rights and advocacy organization, today warned early voters that there is no guarantee that ballots mailed today will be received and counted on time to due the ongoing and deliberate slow-down of federal postal service.

CAIR advises all early voters to – if possible – submit their ballot either by drop off box or hand delivery. [NOTE: If you already have a mail in ballot, take it to the polls with you in case you need it.]

On Monday night, the U.S Supreme Court rejected a Wisconsin court order that would have allowed absentee ballots to be counted up to 6 days after Election Day. The United States Post office is also advising: “as a common-sense measure, you mail your completed ballot before Election Day, and at least one week prior to your state’s deadline.”

“The Trump administration has sabotaged the U.S. Postal Service – stripping down its sorting equipment and reducing its resources – rendering it unable to guarantee that all early vote by mail ballots will be counted in this year’s election,” said CAIR Director of Government Affairs Robert S. McCaw. “It is now incumbent on every American voting early, including American Muslims, to personally guarantee their early ballots are dropped off or hand delivered. Otherwise, make sure to turn out to vote on November 3rd and be counted.”

In August, CAIR condemned President Trump for his “unapologetically fascist and unconstitutional attack on the American people” following his admission that he is purposefully blocking additional funding for the U.S. Postal Service to increase its capacity to handle the expected surge in voting by mail this November.”

If you believe your voting rights have been violated, you can also contact CAIR at (202) 488-8787 or civilrights@cair.com.

On Sunday, November 1, at 12 PM (ET), CAIR will join MPower Change, Muslim American Society (MAS), and the Islamic Circle of North America (ICNA) to host a national virtual get-out-the-vote town hall followed by a phone banking event from 12:45 PM to 7:00 PM (EST). RSVP directly for this event at https://www.mymuslimvote.org/ntlgotv

The Washington, D.C., based civil rights organization will also host on Facebook a special CAIR on the Air “Live Election Coverage: Muslims Vote 2020” on Monday, November 2 from 3 to 5 PM (ET), and on Tuesday, November 3 from 12 PM to 7 PM. The all-election-day programing will provide updates from CAIR chapters across the country on Muslim voter turnout and in-depth coverage of issues important to the Muslim community.

The night of the November 3 General Election, CAIR will conduct a nationwide survey of Muslim voters to determine which presidential candidate Muslim voters supported and by what margin. The survey will be hosted on Muslims.Vote.