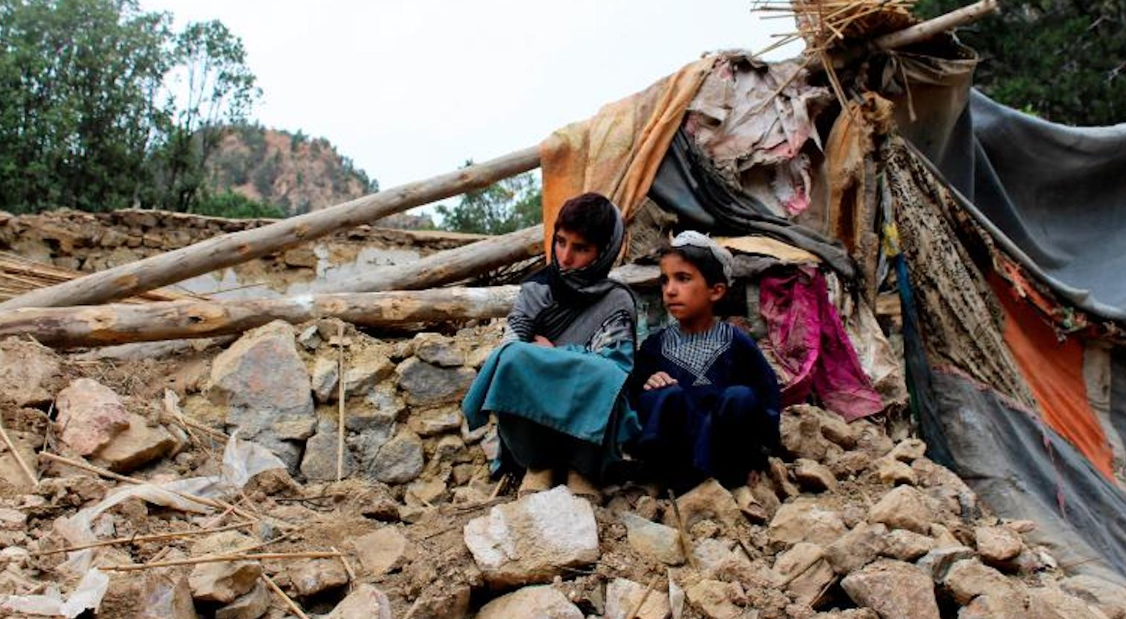 Current U.S. Department of Treasury restrictions and economic sanctions have impacted the ability of Afghan Americans to send bank transfers and remittances to family members and charities in response to the devastating earthquake.

The seized funds could also be used by the Afghan Central Bank to help address ongoing issues of market instability, rising food costs, and increasing goods prices by better stabilizing the country’s economy and currency during a time of international market uncertainty.

“The Afghan people have consistently suffered through the difficult economic hardship caused by the U.S. economic sanctions on Afghanistan. Yesterday’s earthquake disaster was the perfect example of how when families, friends, and true humanitarians were trying to send remittances and aid but were unable to get international transfers completed to people in need. We are asking President Biden, Secretary Yellen, and the U.S. Treasury department to end all economic sanctions and relax all prejudices on money transfers to Afghanistan immediately. It’s these life and death situations that make these sanctions so cruel and immoral. The Afghan people have gone through enough where assessing the entire country with collective punishment is unethical, and abhorrent.”

“The Biden administration must immediately release the Afghan people’s central bank funds and end all sanctions and restrictions to better assist in the humanitarian response to yesterday’s earthquake and ongoing humanitarian crisis. Our government has a moral obligation to not split, divert or restrict these funds in response to rising suffering taking place across Afghanistan following our 20-year military occupation of that country. Our two peoples are connected, and it is time for our nation to help in the international humanitarian response to this earthquake and not act as a roadblock to recovery.”

“Afghanistan is on the brink of no return if we don’t actively seek a solution to the economic woes that it is facing. Afghanistan should have its bank assets returned and all sanctions should be reversed for the greater good of the country. Currently, $9.6 billion dollars of Afghanistan assets are in a state of frozen limbo. We are calling on our fellow Americans to help change that course, so the people of Afghanistan can truly live in economic freedom. We are also sending our condolences to the families who lost loved ones in the earthquake in Paktika, and Khost. It’s time to rebuild, not collectively punish Afghanistan.”

Note: Zara Initiative is a registered non-profit in the state of California.

“It has been more than five months since President Biden signed the executive order that declared a national emergency regarding the crisis in Afghanistan. Despite the urgency, the Treasury and State Departments have yet to develop a plan to recapitalize the central bank of Afghanistan. The economy contracted by 40% and is still strangled by crippling sanctions. Banks are cut off from international payments for importing food and medicine. Twenty million people (50% of Afghanistan) are experiencing high and critical levels of acute food insecurity. Nine million people are one step away from famine. Women and children have been impacted severely by the sanctions and abruptly halting development projects. After the devastating earthquake, it’s time to return the $9.4 billion of frozen assets to Afghanistan and lift the sanctions. To avert the humanitarian crisis, it’s imperative to complete unfinished development projects in Afghanistan.”

Recent reports indicate that more than 1,000 people were killed by the earthquake that took place in the eastern mountain region of Afghanistan, with more than 1,500 injured, and reports of many persons still missing.

In February, President Biden issued an executive order seizing the Afghan Central Bank funds previously frozen by the Treasury Department for the purpose of splitting the reserves between the families impacted by the tragic September 11, 2001, terrorist attacks and aid for the people of Afghanistan. Afghan, Muslim and human rights advocates opposed the executive order because no Afghans were involved in the September 11, 2001, terrorist attacks and the central bank funds do not belong to the Taliban or pay for government services as they are intended to safeguard the Afghan financial system.

Letter cosigners called on President Biden “to rescind this decision against the people of Afghanistan’s national assets before the banking sector in Afghanistan and the Afghani currency is destroyed – leading to a decade of mass starvation, mass migration, and regional insecurity.”

End Afghan Starvation Campaign is apolitical neutral humanitarian campaign of concerned Afghan diaspora living abroad in the United States, Europe, and across the globe. We are focused on alleviating the crisis in Afghanistan.