TONIGHT: Register for CAIR’s Webinar: ‘#ELECTION2020: Everything You Need to Know to Vote in Maryland this November’ 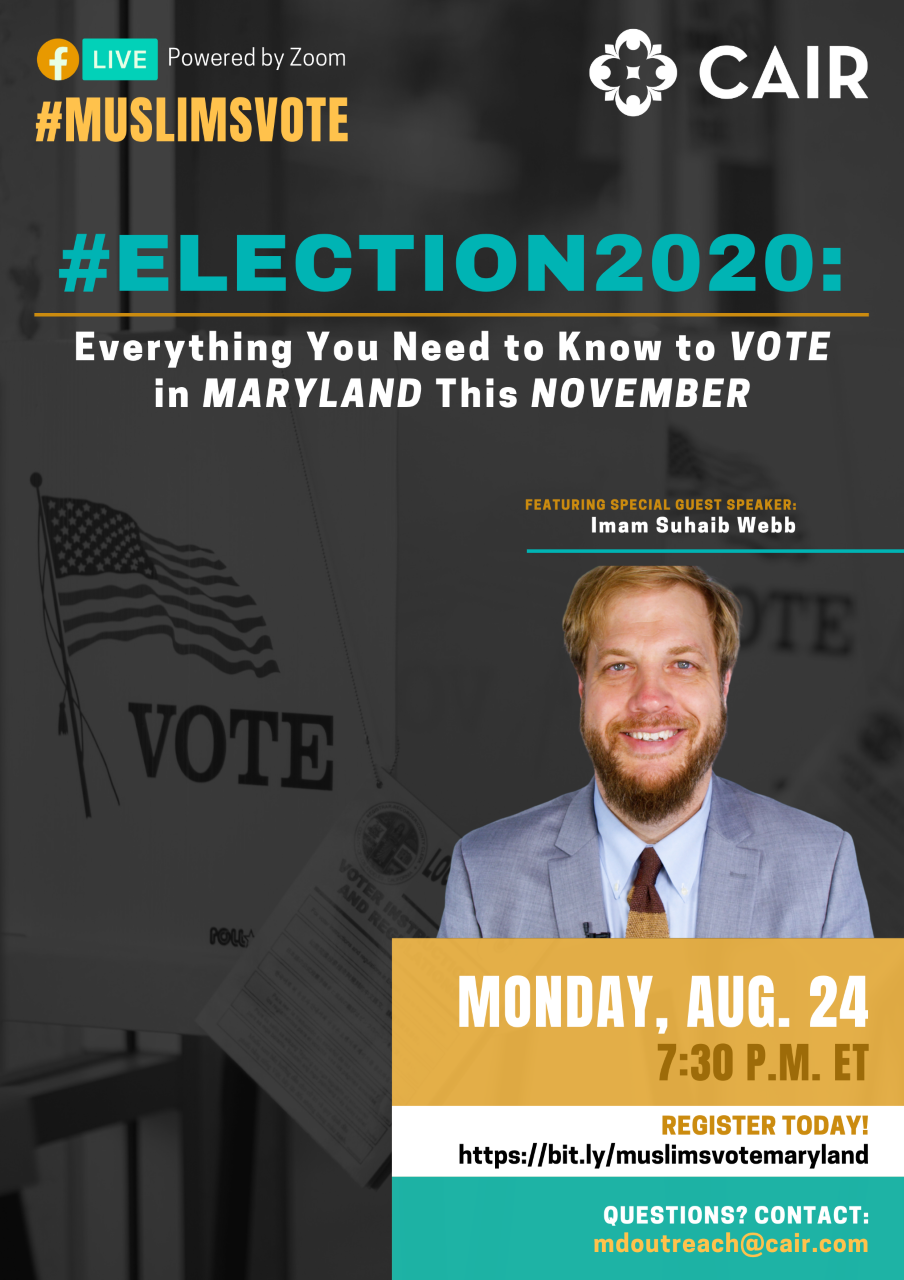 (BALTIMORE, Md., 8/24/20) –  Later this evening, the Council on American-Islamic Relations (CAIR) will host a webinar addressing the USPS controversy and highlighting what voters need to know in order to cast their ballots in November’s presidential election.

WHAT: CAIR WEBINAR: ‘#ELECTION2020: Everything You Need to Know to Vote in Maryland this November”

The special guest speaker for the evening is Imam Suhaib Webb.

ABOUT THE GUEST SPEAKER:

Suhaib William Webb is the founder of an online institute, SWISS – focusing on developing Islamic literacy.  He serves as a resident scholar at the Islamic Center at NYU and teaches a course at NYU on Islamic Law and Ethics. He is an Adjunct Assistant Professor of Public Service of NYU’s Robert F. Wagner Graduate School of Public Service. He has a degree in Education from the University of Central Oklahoma, and in Islamic law from al-Azhar Universiy in Cairo. He was named as a “Faith Leader to Watch” by The Center for American Progress in 2016, selected by the Muslim Community as one of CNN’s 25 Most Influential Leaders;  as well as one of “Five Hundred of the Most Influential Muslims” by the Royal Islamic Studies Center in 2017.