Protecting your right to work, free from discrimination 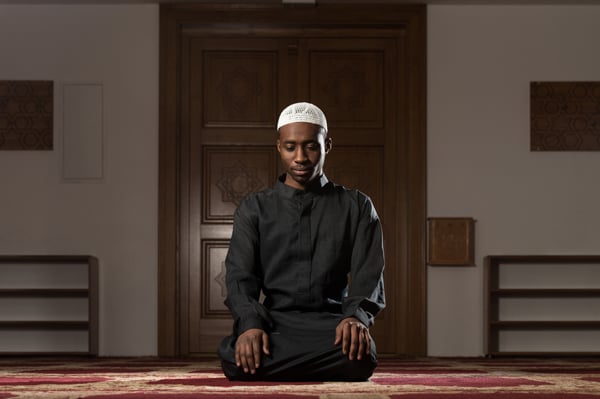 Everyone has the right to practice their faith at work, free from discrimination or harassment. That is the promise of America and is also a basic Constitutional right.  CAIR stands ready to help when American Muslims face discrimination.

In 2015, Cargill began banning prayer in its Fort Morgan factory. Practicing Muslim employees who had worked and prayed at Cargill for many years were suddenly told that they could go home and pray or stay and work.

From December 21-23, 2015, about 150 American Muslim employees suffered a mass discharge when faced with the choice of abandoning their religion in order to work. When these employees asked their union for help, they were met with hostility and a refusal to help.

From March through June 2016, Cargill spent more $1,000,000 in Colorado taxpayer money challenging the right of these individuals to unemployment benefits.

Then, things started to change.  On August 9, 2017, CAIR and the Rathod Mohamedbhai law firm welcomed the Equal Employment Opportunity Commission’s (EEOC) finding reasonable cause that Cargill Meat Solutions and Teamsters Local No. 455 in Colorado violated Title VII of the Civil Rights Act of 1964 by discriminating and retaliating against hard working American Muslim employees seeking religious accommodations in December 2015.

CAIR and the Rathod Mohamedbhai law firm have been working together to help the workers. Based on these findings of egregious and widespread violations of federal civil rights law, the EEOC is trying to mediate the case among the Muslim employees, Cargill and the union. CAIR is continuing to work on this case to help the affected employees.

TAKE ACTION:  If you or someone you know experience any discrimination at work please call CAIR’s Civil Rights Department at 202-742-6420 or file a report online at: www.cair.com/gethelp  All of CAIR’s services, including the help of our lawyers, is provided at zero cost to community members and we work. As always, we keep all of our clients’ information confidential””including their telephone number, address, email address and any other identifying information””unless they clearly give us permission to use it.

What They Say About CAIR?

Khizr KhanGold Star father who received international attention following his speech at the 2016 Democratic National Convention
Read More
“Since November 8 I have been to many communities throughout this country. I have seen the direct result of CAIR’s work. I have talked to the communities. I have spoken to the communities where [CAIR] offices exist. The morale of the Muslim community in those communities is much higher than where [a CAIR] office does not exist yet.”

Robert Reich12/18/2016
Read More
Former Secretary of Labor Robert Reich listed CAIR among other organizations he wants to benefit from a “freedom concert” he proposed to be held concurrent with the 2016 presidential inauguration ceremony.