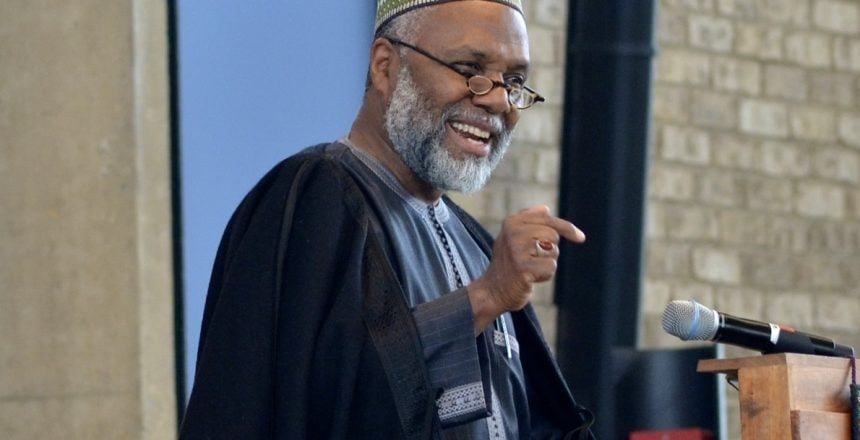 Imam Johari Abdul-Malik has served at the Director of Outreach at the Dar Al Hijrah Islamic Center, the first Muslim Chaplain at Howard University (HU) and is the former Head of the National Association of Muslim Chaplains in Higher Education. The imam has also served as the chair of government relations for the Muslim Alliance in North America (MANA) and was the founding President of the Muslim Advocacy Commission of Washington, DC. He continues to serve on the board of the Interfaith Conference of Metropolitan Washington, one of the nation’s first organizations of its kind with over 11 faith traditions.

As a youth, Imam Johari was an Episcopal choir boy-who visited the deep southern Pentecostal holiness church during his summer vacations, until at confirmation the teachings of the Ten Commandments presented to him contradictions with the concept of the Trinity and the Oneness of God (Tawheed). In high school he searched for spirituality in Taoism and Asian spirituality.

In his native Brooklyn his mother kept the family busy with community activism. In college he became a Black activist, musician, and practiced transcendental meditation and vegetarianism. In graduate school, Allah showed him the light of Islam. He served as the President of the Muslim Students Association at Howard University and later the university’s first Muslim Chaplain.

Imam Johari is known nationally for his fundraising efforts for masjids, schools and relief and support organizations. Together with Rev. Graylan Hagler, he started the Ramadan Feed-the-Needy Program in
Washington, D.C., feeding over 100 hundred homeless women of all faiths nightly during the holy month
of fasting.

He lectures on a variety of subjects to motivate the Muslim community and the public at large to better themselves and their world.

Imam Johari received a BS in Chemistry and an MS in Genetics and Human Genetics from Howard University. He completed the Clinical Post Graduate Training Program in Bioethics at Georgetown University’s Kennedy Center for Ethics. Imam Johari did his doctoral work in Bioethics/Genetics.
He has studied at Hartford Seminary and took his CPE certification from the Jewish Theological
Seminary, NYC.