CAIR Remembers Dr. Ousama Ghaibeh, Who Gave His Life To Protect Others During COVID-19 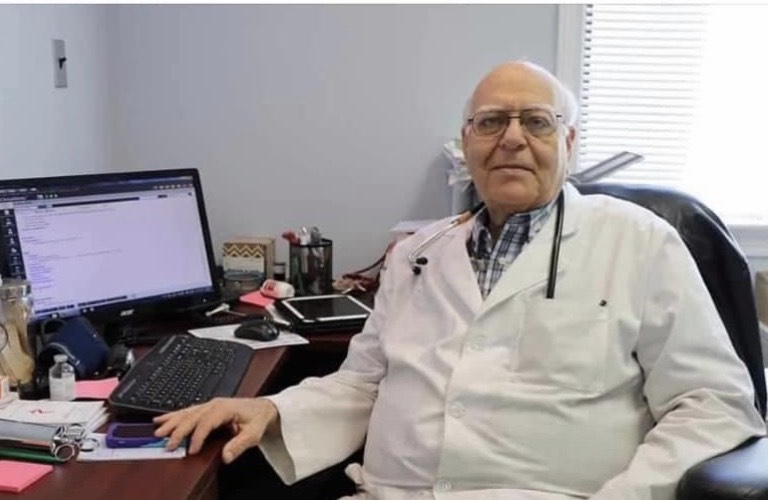 Dr. Ousama Ghaibeh lived his life selflessly serving his community and ended his life as a hero doing the same. During the height of the COVID-19 pandemic last year, when his colleagues feared contracting the virus, Dr. Ghaibeh decided to take on their patients in addition to his own despite the fact that he was at high-risk because of his age. While caring for COVID patients, he contracted the virus himself and passed away on May 27, 2020.

Dr. Ghaibeh began his life in Syria, where he was born to a family without much in the way of financial means. However, with support from his family, Dr. Ghaibeh studied hard and graduated from medical school at the University of Damascus. After graduation, Dr. Ghaibeh came to America to do his internship at the Eastern Virginia Medical Center, accompanied by his wife, cousin, and some friends.

He was incredibly studious, spending much of his free time studying English and reading the latest medical textbooks. “Others would say it was very interesting to hear him speak because he was well-educated in many other fields aside from medicine, like politics, religion, spiritual philosophies, economics, and history,” his daughter Huda said.

Although he initially intended to complete his internship and return to his native Syria, Dr. Ghaibeh took a liking to his new home and decided to stay in America permanently. He was loved by his patients, to whom he devoted great care and compassion.

He regularly treated patients free of charge if they could not afford it, and almost always worked overtime, often waking up in the middle of the night to perform surgeries. He never asked for additional pay for all the extra hours he worked.

“So many people have said he was the best doctor, the smartest doctor,” Huda Ghaibeh said of her father. “He had saved so many lives throughout his life.”

Dr. Ghaibeh was an active member of the National Arab American Medical Society, and consistently contributed at conferences. He was a generous supporter of local mosques, and had a great love for the Muslim community, and was described a “pillar of society” by people from the Southeastern Colorado community where he lived.

“He encouraged many Muslim youth to pursue higher education, including female youth,” his daughter Huda recalled. “He even educated some Muslim women aspiring to become doctors on how to do surgery.”

Dr. Ghaibeh did not only serve the American Muslim community, however. He was devoted to serving all Americans, regardless of faith.

To his family, Dr. Ghaibeh was a kind, caring, and loving husband and father, a source of happiness and comfort.

“I have countless good memories of him. He always tried so hard to make everyone in his family happy,” Huda Ghaibeh said. He often took his family on vacations and brought them to social events.

“In times of difficulty or distress, he would read Qur’an to me, pray for me, and hug me until I felt better,” Huda remembered.

Although he could have retired when the COVID-19 hit, Dr. Ghaibeh insisted on continuing to treat patients in Falls Church, Virginia, even when other doctors refused to take the risk. He heroically gave his life for the health of others. He was a great man, and a great Muslim.

We ask Allah to enter him into the highest paradise, and grant solace and patience to his family, friends, and loved ones, amin.