On January 6th, America Got a Taste of What Muslims Have Been Dealing With for Years 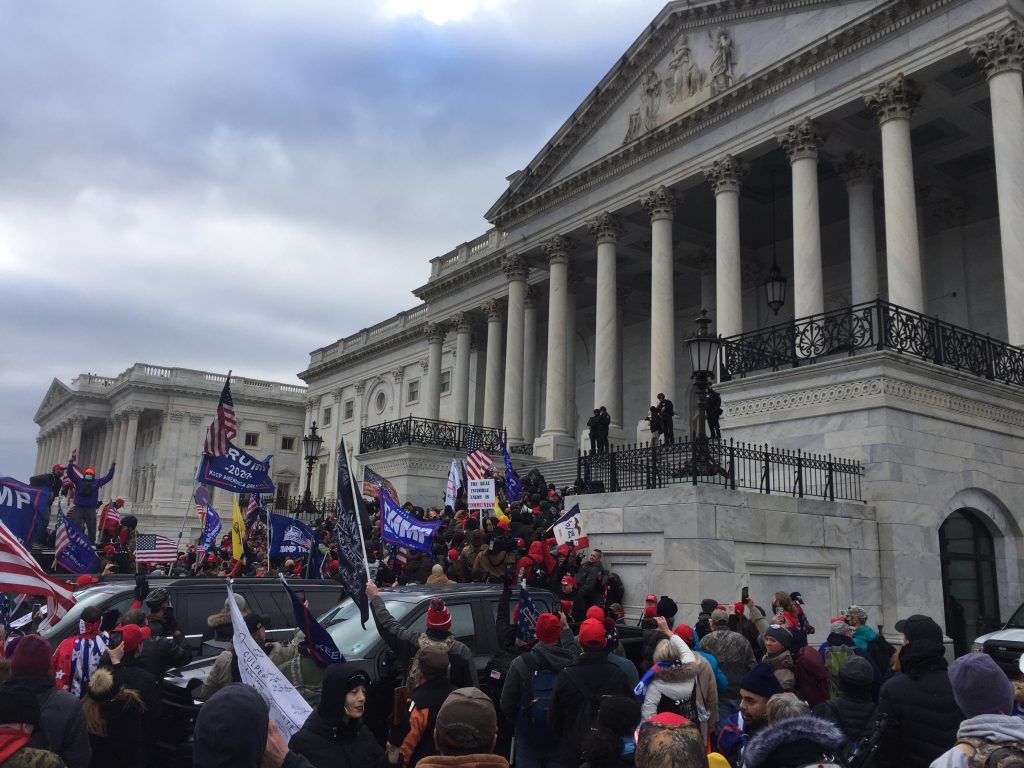 NOTE: Media outlets are free to republish this commentary with attribution

On January 6th, America became acquainted with a shadowy group of far-right extremist organizations willing and ready to use violence to realize their political will and intimidate those they hate. As American Muslims, we’ve known them for many years.

Far-right groups and militias like the Oath Keepers, the Three Percenters and the Proud Boys have been engaged in anti-Muslim activities, including violence targeting Muslims and attacks on Islamic institutions, since their respective foundings. What they unleashed on the United States Capitol on January 6th, they practiced for years on American Muslim communities across the country.

For some of these foot soldiers of hate, the story begins with the Park51 ‘controversy’. In 2010, members of the Muslim community proposed a plan to build an Islamic cultural center in Lower Manhattan. Prominent members of the Islamophobia Network, an interconnected web of individuals and organizations pushing anti-Muslim bigotry, began sounding the alarm about the project, calling it an example of Islamic conquest and claiming the faith leaders behind the project were seeking to build a mosque to celebrate the 9/11 attacks.

Inspired by anti-Muslim bloggers like Pamela Geller and Robert Spencer – and the bigoted rhetoric of mainstream politicians like Newt Gingrich and Rudy Giuliani – crowds of anti-Muslim protesters descended on New York City to voice their opposition to the project. Prominent among these groups were the Three Percenters, one of the participants in the January 6th attack.

The Three Percenters are an anti-government militia organization named for the alleged three percent of colonists who took up arms against the British monarchy. Since their 2008 founding, the organization has grown and splintered into a network of smaller militias and cells spread out around the country. They have been known for their extreme, violent anti-Muslim bigotry.

In December 2015, a Three Percenter affiliate in Texas held a protest outside a mosque in suburban Dallas, Texas. Many of the protesters were members of the Three-Percenter affiliate known as the “Bureau of American-Islamic Relations” or BAIR, which was the subject of a 2016 BBC Three documentary entitled ‘United States of Hate.’

Protesters came with loaded firearms and shouted anti-Muslim slogans. The month prior, a prominent Three Percenter attracted attention from the FBI for posting a Facebook video in which he discussed plans to carry out a violent attack against a Muslim community in upstate New York.

In 2018, members of a Three-Percent offshoot aptly named ‘The Crusaders’ were arrested after authorities uncovered their plot to bomb a Minnesota mosque in an attempt to “scare” Muslims away from living in the United States. Patrick Stein, one of the co-conspirators, said “the only good Muslim is a dead Muslim,” and said he intended to leave no Muslim alive, “even if it’s a 1-year-old.”

In May 2015, then-Oath Keepers member Jon Ritzheimer – he would later join the Three Percenters – organized an armed protest outside a Phoenix, Arizona mosque. Throughout the protest, Ritzheimer wore a ‘f*** Islam’ t-shirt. Protesters hurled abuse and anti-Muslim slurs at the mosque’s congregation, and the event featured the drawing of deeply offensive caricatures of Prophet Muhammad (peace be upon him.)

In 2017, the Oath Keepers participated in rallies organized nationwide by anti-Muslim hate group ACT for America to protest the ludicrous notion that American Muslims are poised to implement shari’a law on the nation.

Joining them at those rallies were members of a newer organization into the far-right family, the Proud Boys. Founded in 2016, the group describes itself as “western chauvinist” and in 2017 participated in a caravan ride through the African-American Muslim community of Islamberg in New York.

Gavin McInnes, the group’s founder, said it was fair to describe him as “Islamophobic,” and has made countless anti-Muslim statements. He claimed that a “disproportionate” number of Muslims are “mentally damaged inbreds” and referred to the Qur’an, Islam’s revealed text, as a “hate book.”

For a decade before they descended on the U.S. Capitol on January 6th, these extremist groups have been directing their hatred and violence toward our community. And we’ve been sounding the alarm about how dangerous they are for just as long.

Now, let’s be clear. The answer to the problem of these extremists is not to make the same catastrophic mistake that was made after September 11th. We don’t need, and we cannot afford, to embark on another broad, sweeping war on terror. As American Muslims, we know all too well what the pitfalls are of giving the national security apparatus unlimited, unconstitutional power.

Instead, we must address lawlessness in a lawful manner. The government must conduct an open, transparent investigation, and bring those responsible before courts of law, not into secret detention centers.

We must also not forget that fish rots from the head down. In the same way that the anti-Muslim bigotry that was so foundational to many of the groups involved in the January 6th attack was promoted by well-funded and politically well-connected think tanks and a disturbingly large number of elected officials, the root causes of the January 6th attack lie with some of the most powerful institutions in our nation.

Ismail Allison is National Communications Coordinator at the Council on American-Islamic Relations. He can be reached at iallison@cair.com