CAIR OP-ED: Why President Biden’s Antisemitism Envoy Should Start Her Work By Apologizing for Her Remarks About Muslims and Migrants 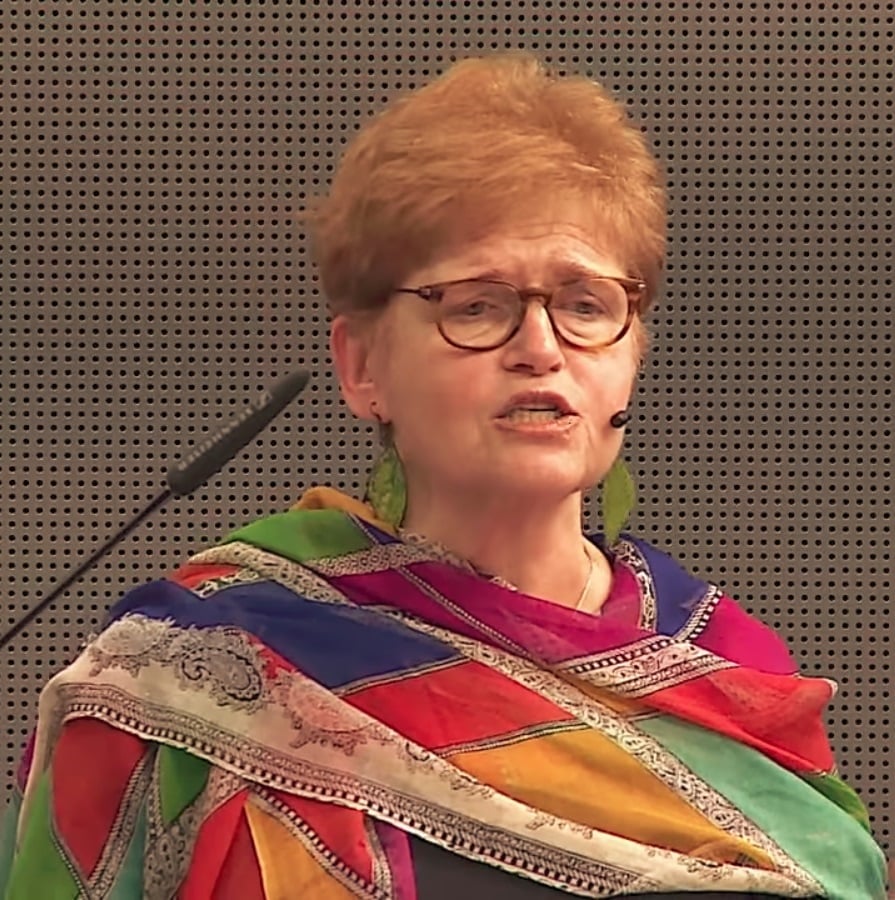 Media outlets are free to re-publish or distribute the commentary below with attribution.

Earlier this month, President Biden appointed Deborah Lipstadt as the Special Envoy to Monitor and Combat Anti-Semitism. The office, established as part of the Global Anti-Semitism Review Act of 2004, is charged with developing and implementing projects and policies to counter antisemitism worldwide.

The appointment has been well-received by many observers, and understandably so. Lipstadt, a professor of Modern Jewish History and Holocaust Studies at Emory University, is the author of several books on antisemitism and the Holocaust, including Denying the Holocaust, The Eichmann Trial, and Antisemitism: Here and Now. She was the protagonist of the 2016 film Denial, which tells the story of her successful defeat of a libel suit leveled against her by a prominent Holocaust denier.

Lipstadt certainly qualifies as an expert on antisemitism, and is well equipped to challenge the dangerous spread of this ancient form of racism and bigotry.

However, there is another side to Ms. Lipstadt: her own history of using bigoted rhetoric, including Islamophobic and anti-immigrant talking points.

In a series of opinion pieces published in The Forward and other outlets dating back to 2016, Lipstadt made critical and troubling remarks about Islam, Muslim refugees and, repeatedly, America’s most famous Jewish politician.

Writing for the Forward in 2015 following the Copenhagen shootings, Lipstadt stated that “we are fighting with Muslim extremism, not violent extremism.” The violence, she said, was “directly connected to Islam.”

In another Forward op-ed, Lipstadt further insists that “this is Islamic terrorism or, as some call it, jihadism.” She explains that without making the connection between acts of terror committed by Muslims with Islam, “we will never be able to address or resolve the problem.”

By connecting what is essentially a modern phenomenon with no basis in Islam’s theological and juristic traditions with the religion betrays a deep ignorance of the subject. Furthermore, this delineation of the Western ‘us’ as opposed to the foreign, menacing monolith of Islam, (with the further, rather meaningless distinction between Islam and Muslims cynically thrown in for respectability’s sake) is something we’ve been hearing from the Islamophobic right for decades.

This kind of rhetoric not only alienates and ostracizes but stigmatizes and ultimately endangers Muslims, who face a rising tide of Islamophobia across the world.

Lipstadt expressed similarly concerning opinions about the migrant crisis. In a 2015 op-ed for The Forward, she questioned whether the masses of desperate migrants entering Europe that year with little more than the clothes on their backs –75% of which came from the warzones of Iraq, Syria and Afghanistan — were really fleeing for their lives or “trying to find a better economic and social future for their families.”

“How will this influx of people change the face of Europe,” she asked. “Will they prove willing to be integrated into European society?” Lipstadt goes on to say she “almost agreed” with former Israeli Prime Minister Benjamin Netanyahu’s decision not to allow a single migrant in.

It is hard to believe that someone with such an extensive knowledge of what happens when nations close their doors on people in need of refuge could express such sentiments.

In an op-ed for The Forward from 2019, Lipstadt accused Senator Sanders of failing to perceive antisemitism present on the left. “On the left,” she says, “the antisemitism is more structural in nature.”

Lipstadt presented the UK Labor Party as an example of this supposed structural antisemitism. She also falsely accused Jeremy Corbyn, Linda Sarsour, and Tamika Mallory, and the leaders of the Boycott, Divestment and Sanctions (BDS) movement of indirectly leading to antisemitic violence. She even appeared to imply that Bernie Sanders is somehow ashamed of his Jewish identity, saying it was good to hear him identify himself as a Jew given that he “often describes himself as the son of Polish immigrants.”

Lipstadt’s focus on Sanders dates back to at least 2016 and seems to relate largely to his support for Palestinian human rights.

In an April 17, 2016 op-ed for The Forward, Lipstadt critiqued statements made by Senator Sanders during a meeting with the Daily News editorial board. Sanders correctly pointed out that Israeli forces targeted hospitals on multiple occasions — such as in July 2014 when an Israeli tank shell left four civilians dead and 40 wounded in Central Gaza’s Shuhada al-Aqsa.

In response, Lipstadt chastised Sanders for not mentioning that “Hamas had placed units that were attacking Israel” in those hospitals (a common Israeli government talking point that doesn’t bear much weight when considered alongside revelations by IDF veterans who say they were told to consider everything in the strip a “threat” and “not to spare ammo” during the 2014 assault on Gaza).

Lipstadt also took issue with Sanders’ opposition to the building of Israeli settlements on Palestinian soil. “He called them ‘illegal,’ but could offer no specifics,” she said. The illegality of Israel’s settlement activity was recognized by the UN Security Council in 1979 and has been repeatedly reaffirmed since then, including in 2016 when Lipstadt wrote this piece.

At a time when far-right antisemitism is growing and leading to violence across the world, it is concerning that Lipstadt focused so much of her energy on attacking Bernie Sanders, one of the most vocal anti-racist politicians in the United States. It’s just as concerning that someone dedicated to fighting antisemitism would indulge in Islamophobic and anti-refugee rhetoric.

The responsibilities facing the Special Envoy to Monitor and Combat Anti-Semitism are serious. Antisemitism is on the rise, and efforts must be focused on fighting it. Special Envoy Lipstadt has skills and knowledge that will allow her to do that, but those skills will be rendered useless if she uses her position as a platform for attacking Muslim and immigrant communities or critics of the Israeli government.

Islamophobia, antisemitism, and xenophobia are intertwined. Perhaps the most vivid example of this fact is the massacre at the Tree of Life synagogue, where an antisemitic, anti-Muslim extremist murdered Jewish worshippers who had been welcoming to Muslim refugees.

As Ms. Lipstadt embarks upon her work as the Biden Administration’s antisemitism envoy, she should begin by apologizing for her past statements about Muslims and migrants. She should also publicly recognize that a person cannot fight antisemitic ideas while accepting Islamophobic and xenophobic ones.

The fight against different forms of bigotry is interconnected, and Ms. Lipstadt must understand that if she’s going to make real progress in the fight against real antisemitism.

Ismail Allison is a researcher with the Council on American-Islamic Relations and a recent graduate of Howard University.