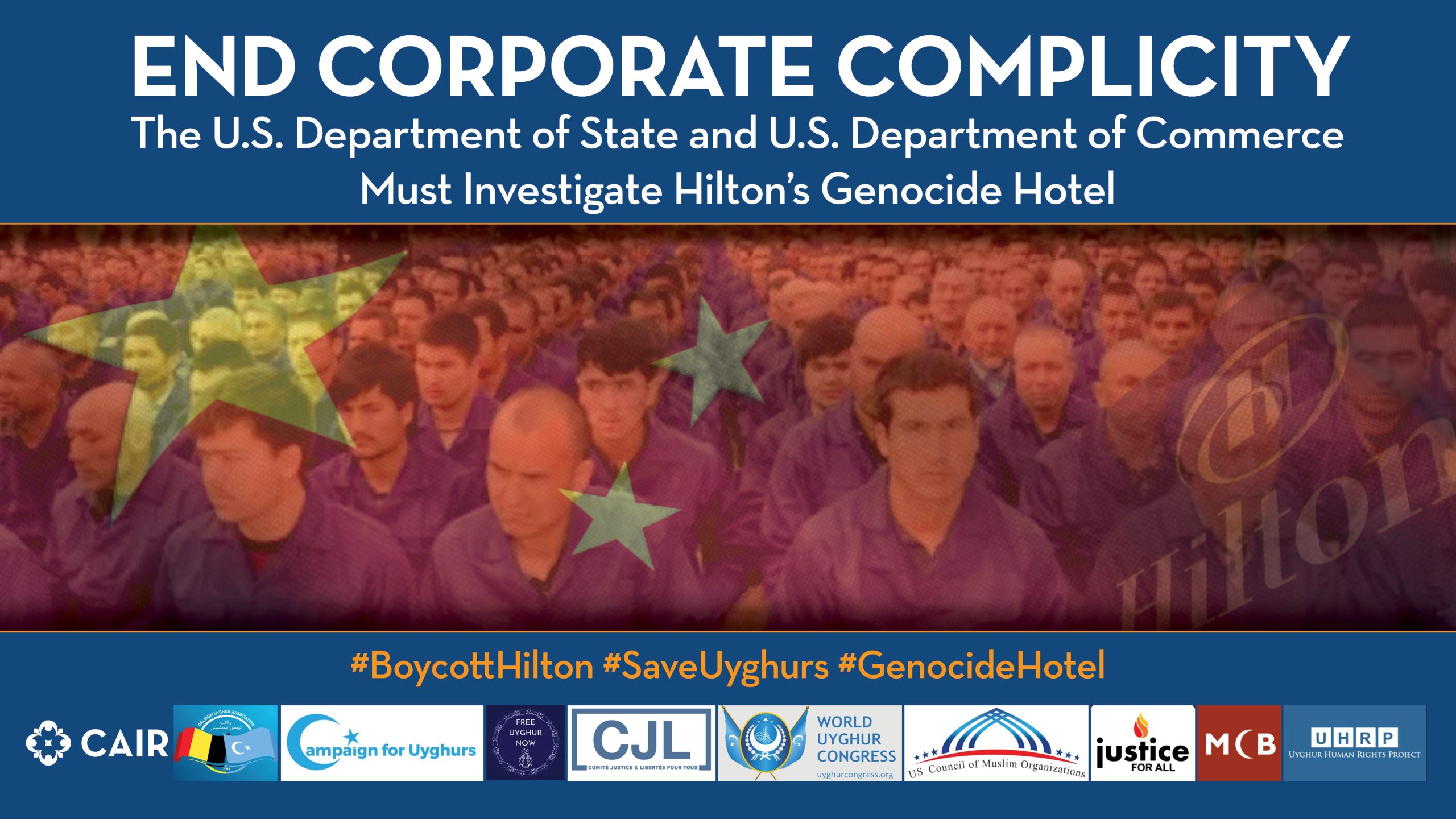 (WASHINGTON, D.C., 10/20/21) – The Council on American-Islamic Relations (CAIR), along with other members of the #BoycottHilton Coalition made up of more than 40 American and international organizations, today released letters calling on the U.S. Department of State and U.S. Department of Commerce to conduct separate investigations into whether Hilton Worldwide Holdings Inc. and the Chinese corporation Huan Peng Hotel Management are violating the law or otherwise acting counter to the foreign policy interests of the United States by contributing to the Chinese government’s ongoing genocide of Uyghur Muslims.

Last Saturday, the #BoycottHilton Coalition held an educational leafleting outside Hilton hotels in a dozen cities in the United States and Canada.