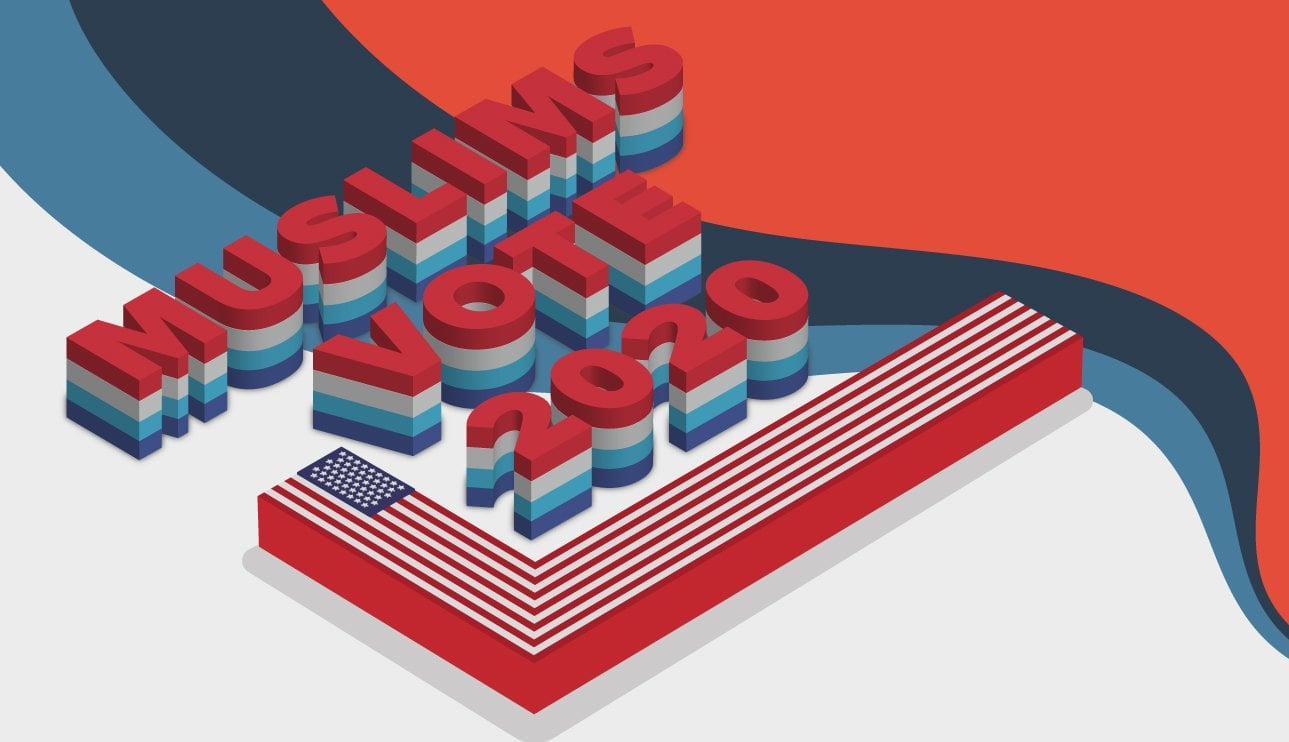 “CAIR would like to thank the more than one million American Muslim voters who turned out in record-breaking numbers this election cycle,” said CAIR National Executive Director Nihad Awad. “The Muslim community’s significant ability to impact the results of numerous races across this country – including the presidential election – was recognized nationally by candidates and the media.”

“Muslims vote and there is no denying the role our community plays in local, state and national politics,” said CAIR Director of Government Affairs Robert S. McCaw. “Now is the time to hold the politicians we elected to office accountable to ensure that the civil and religious rights of all American are being upheld and protected.”

Compared to the 2016 election, in which then President-elect Donald Trump received a 13 percent of the Muslim vote, Trump in 2020 received 4 percent more support.

The CAIR exit poll of more than 844 registered Muslim voter households from across the nation was conducted using an independent automated call survey provider and asked two questions:

– Did you vote in the Presidential election?

– Which presidential candidate did you vote for?

Question One: Did you vote in the Presidential election?

[Note: the actual number of registered Muslim voters that turned out could be less than indicated above – as those who participated in this exit poll may have been more likely to have also voted.]

Question Two: Which presidential candidate did you vote for?

CAIR’s database of Muslim voters was developed by matching state records of registered voters with an extensive list of some 45,000 traditionally-Muslim ﬁrst and last names. In compiling this list, common names prevalent among Muslims across the world’s Muslim-majority ethnic groups were identiﬁed and veriﬁed by well-informed members of these ethnic groups.

Although it is the largest such list compiled to date, this pool of Muslim voters does not include Muslims with uncommon names or those who do not have traditionally Muslim names. Also excluded are Muslims with names that are also common in other communities (such as Sarah or Adam).