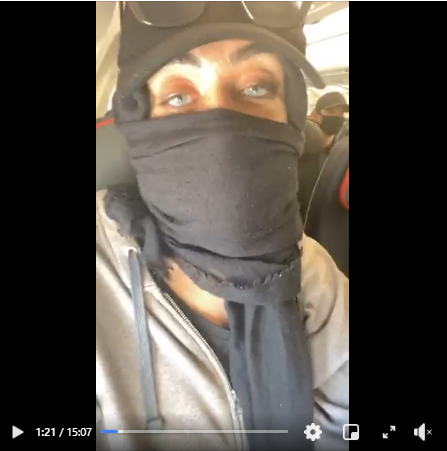 (NEWARK, NJ, 11/14/2020) — The national and New Jersey offices of the Council on American-Islamic Relations (CAIR and CAIR-NJ) today called on law enforcement at Newark Liberty International Airport to immediately release Amani Al-Khatahtbeh, a Muslim woman who was handcuffed and arrested after American Airlines ejected her from a flight allegedly at the prompting of a male passenger who harassed her.

In a statement, CAIR and CAIR-New Jersey also called on American Airlines to explain why it ordered Al-Khatahtbeh — and not the male who allegedly harassed her – to exit the flight and be detained.

“Although we do not yet know all of the facts about this incident, we do know that American Airlines has a history of mistreating Muslim travelers,” said CAIR National Executive Director Nihad Awad. “The airline must immediately explain why it singled out Amani by contacting the police and ejecting her from a flight based on the word of a man who had allegedly harassed her.”

“Law enforcement must immediately release Amani from custody and conduct a full and transparent investigation into what happened,” said CAIR-New Jersey Executive Director Selaedin Maksut. “Any investigation must look into the conduct of the unidentified man who allegedly sparked this disturbing incident.”