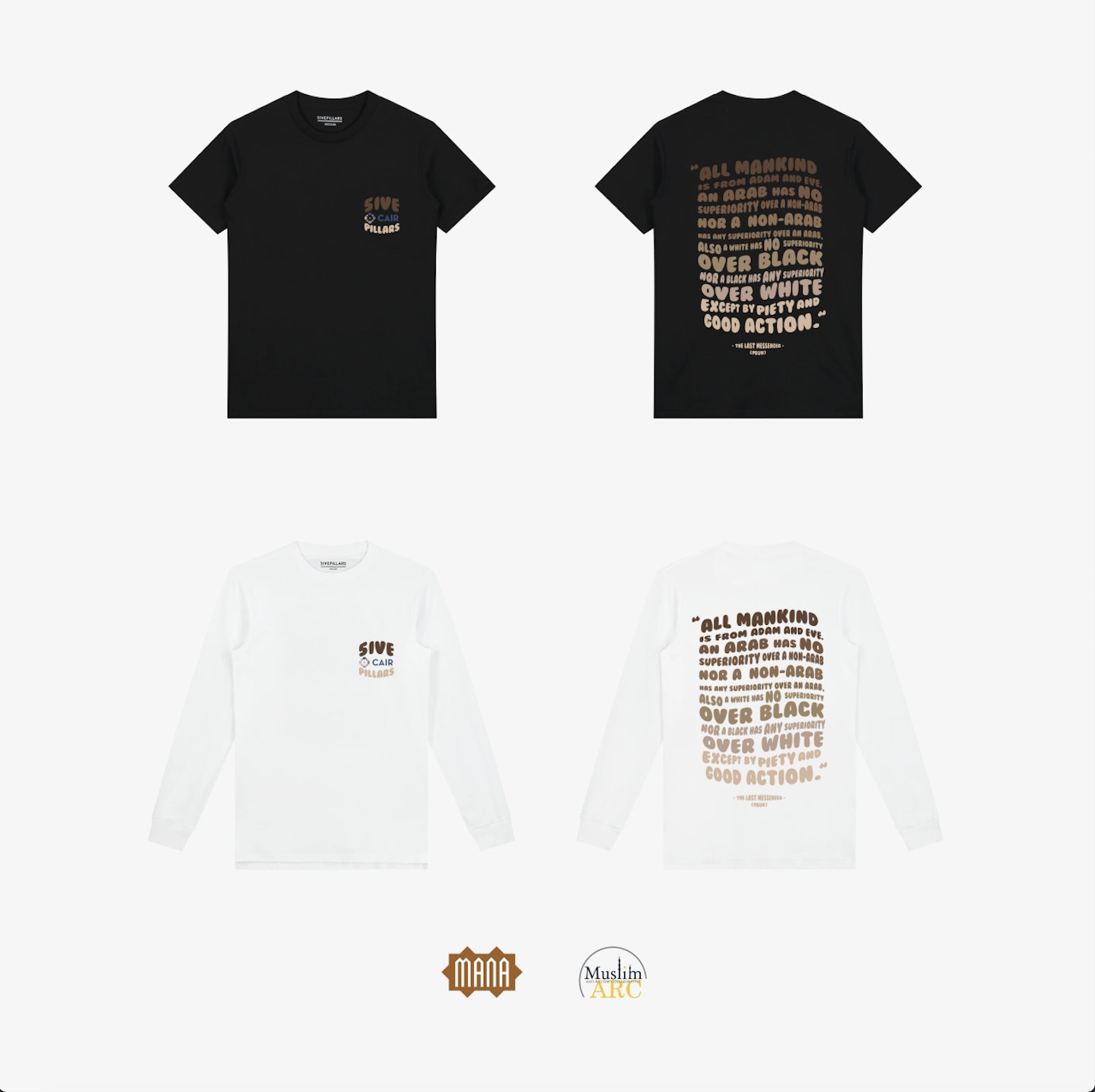 The front of the shirt features organizational branding over the left chest, while the back features a famous quote about racial equality said by Islam’s Prophet Muhammed (pbuh):

The quote is taken from the Prophet Muhammad’s last sermon.

CAIR and 5ivepillars are donating all profits from sales of the T-shirts to diverse Muslim organizations working to foster racial justice and counter anti-Black racism, starting with the Muslim Anti-Racism Collaborative (MuslimARC) and the Muslim Alliance of North America (MANA).

“As our society continues to grapple with the pervasive and persistent threat of anti-Black racism, American Muslim institutions must redouble efforts to celebrate racial diversity, counter racism and deliver Islam’s message of racial equality. To that end, it is important to support — in word and deed — African-American-led organizations advocating for racial justice in our nation. We at CAIR are excited to launch this T-shirt line with 5ivepillars in support of those goals.”

“At 5ivepillars, we believe it is our duty to use our resources for good. We must continue to educate in order to refocus the attention of our nation on the injustices our Black brothers and sisters continue to experience. It is crucial for us to use our platforms and tools to help create change, influence outcomes and take control of our future.

“With this in mind, we have united with the Council on American-Islamic Relations to launch these special tees in support the Muslim Anti-Racism Collaborative and the Muslim Alliance of North America. MuslimARC and MANA are on the forefront of harnessing Islam to facilitate racial justice education, counter manifestations of racism, and otherwise advance racial equality across our society.”

The 5ivepillars/CAIR Tees are now available. Visit 5ivepillars.co to learn more about the racial justice work of the organizations designated as beneficiaries of this campaign.

5ivepillars is an Islamic fashion and design corporation based in California. The corporation designs, produces, markets and sells shirts, pants, accessories, and other products inscribed with inspirational messages related to Islam.