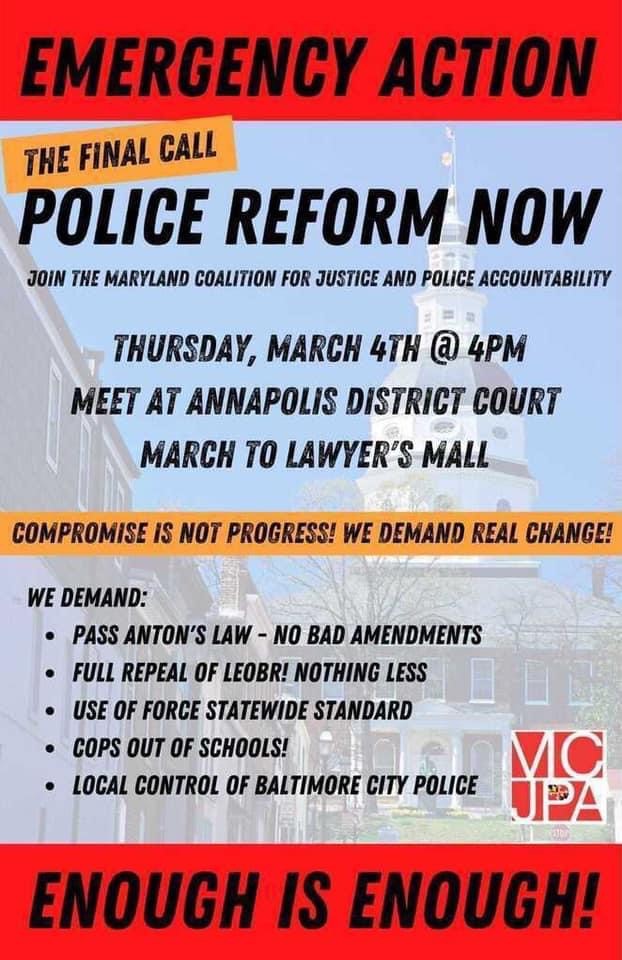 (BALTIMORE, MD, 3/3/21) – The Maryland office of the Council on American-Islamic Relations (CAIR) is urging community members to attend an emergency action in Annapolis hosted by the Maryland Coalition for Justice and Police Accountability (MCJPA) this Thursday, March 4, to call on lawmakers to pass meaningful police reforms at the state level.

This is a critical week for several bills related to repealing the Law Enforcement Officers’ Bill of Rights, transparency, use of force guidelines, and more.  Last week, the civil rights group issued a release urging lawmakers to fix unconstitutional amendments and avoid provisions that would weaken the substance of the bills.