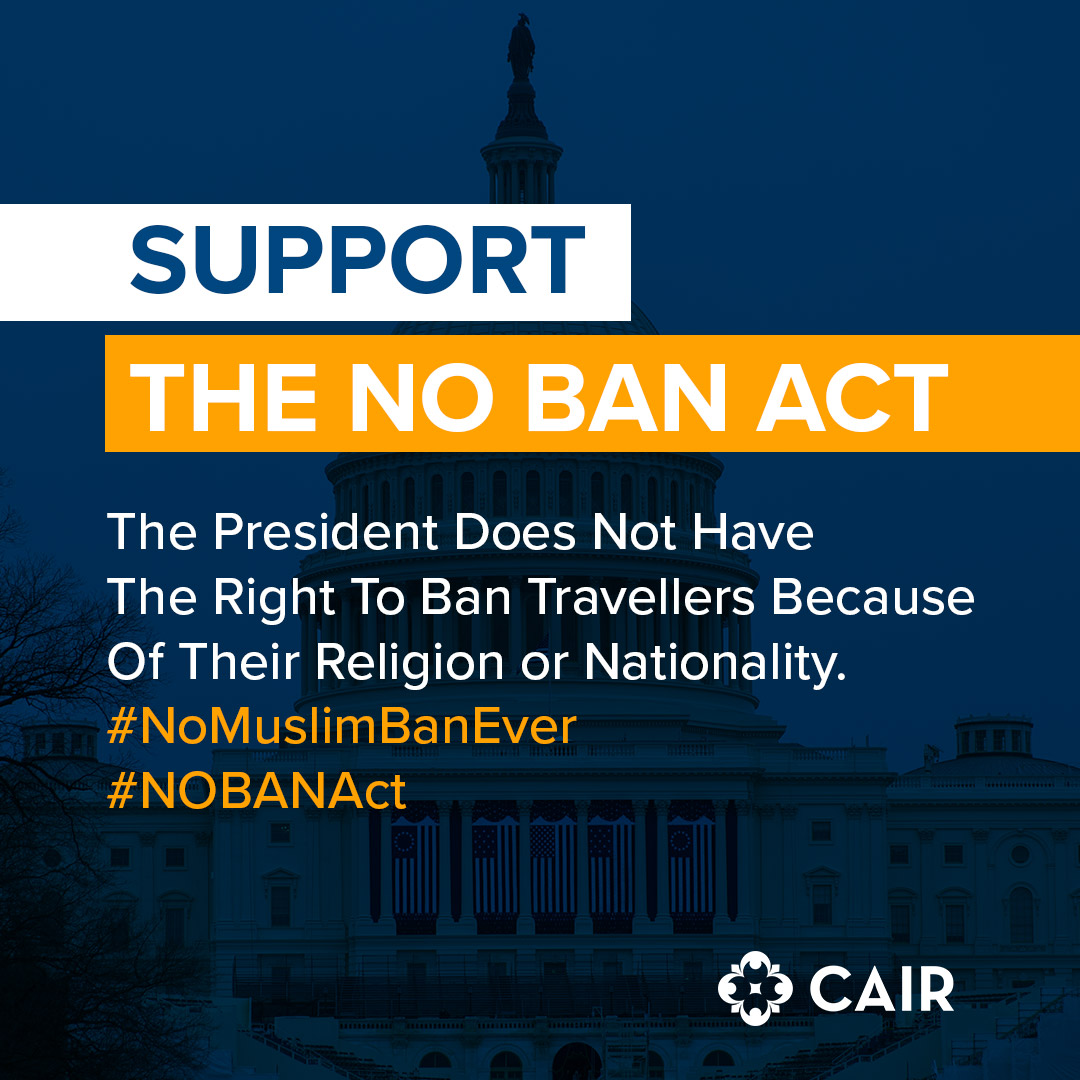 No President Has the Right to Discriminate Against and Ban People Traveling to the U.S. Because of Their Religion or Nationality

(2/25/21, Washington, D.C.) – The Council on American-Islamic Relations (CAIR), the nation’s largest Muslim civil rights and advocacy organization, today urged all Americans to contact their U.S. Representative to support the newly reintroduced NO BAN Act. Sponsored by Congresswoman Judy Chu and 137 original co-sponsors, the act would prohibit future presidential administrations from banning travelers to the United States like the previous administration’s discriminatory Muslim and African Bans.

TAKE ACTION: CLICK HERE AND URGE YOUR MEMBER OF CONGRESS TO SUPPORT THE NO BAN ACT!

First introduced in the last Congressional session by Rep. Chu and Senator Chris Coons (D-DE), the NO BAN Act would:

“While President Joe Biden’s termination of the previous administration’s Muslim and African Ban was a welcomed first step – now it is up to Congress to ensure no future president has the authority to create another discriminatory travel ban,” said CAIR Director of Government Affairs Department Robert S. McCaw. “CAIR is encouraging every American to urge their member of Congress to support the NO BAN Act.”

Because of the ban families have been ripped apart, students have been deprived of educational opportunities, the sick have been blocked from receiving treatment, talented workers have lost out on jobs, and refugees have been trapped in dangerous conditions.

On January 20, CAIR welcomed President Joe Biden’s termination — on his first day in office — of the previous administration’s discriminatory Muslim and African Bans.

A welcomed first step, CAIR believes that the Biden administration and Congress are now responsible for determining how to holistically address the damage already done by the Muslim ban and how to help those who were denied entry into the United States.