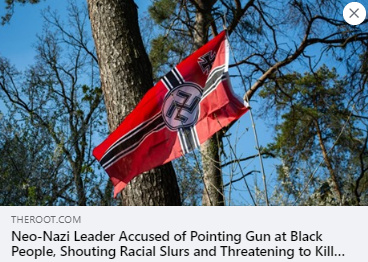 On April 19, Burt Colucci was arrested and charged with aggravated assault. Colucci is reportedly a leader of the National Socialist Movement Corporation, one of the oldest white supremacist organizations in the U.S.

“CAIR calls on law enforcement authorities to hold the alleged perpetrator accountable for his actions and for community leaders to stand firm in opposition to growing anti-Black racism and white supremacy in Arizona and nationwide,” said CAIR Arizona Executive Director Azza Abuseif.

She saidthe American Muslim community and CAIR are standing in solidarity with all those challenging anti-Black racism, xenophobia, Islamophobia, anti-Semitism, white supremacy, and all other forms of bigotry.