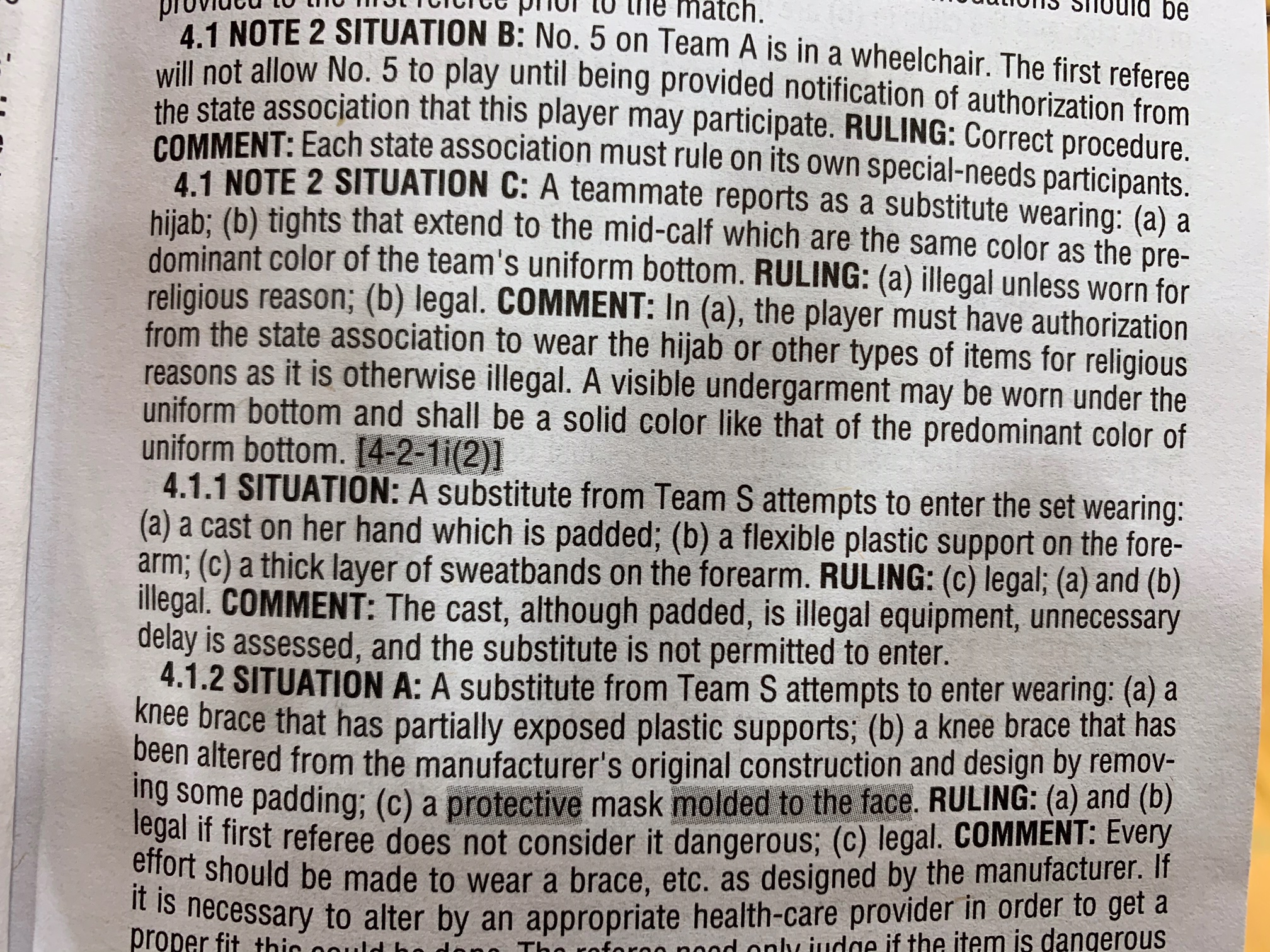 It has been brought to our attention that a note to rule 4.1 (Note 2, Situation C) in the National Federation of State High School Associations 2020-21 Volleyball Rules Book states: “[T]he player must have authorization from the state association to wear the hijab or other types of items for religious reasons as it is otherwise illegal.”

We believe that this unnecessary rule singles out and discriminates against Muslim, Sikh, Jewish, and other athletes who wear religious head coverings or attire.

We therefore ask that the rule be changed to accommodate clothing worn for sincerely-held religious reasons without the need for prior authorization.

There is no need for Jewish, Sikh and Muslim athletes to acquire a waiver to wear religious clothing. Furthermore, athletes have been denied the chance to compete because of selective and arbitrary enforcement of this rule.

As you may know, CAIR and other civil rights groups have successfully challenged similar bans on religious attire and accommodations in a number of sports.

For example, CAIR helped bring about a ruling by the Switzerland-based International Basketball Federation (FIBA) lifting its the ban on religious head coverings and allowing players who wear articles of faith — including the Islamic head scarf (hijab) to participate in international competitions.

Many other athletic organizations have already modified their rules and policies to account for the various religious needs of participants.

In the past, CAIR helped a Muslim wrestler at the University at Buffalo in New York obtain a waiver from the NCAA to wear a beard he believes is required by his faith

In 2011, CAIR welcomed a decision by the International Weightlifting Federation (IWF) to modify its policy on competitor apparel to allow modest Islamic attire. The IWF policy change came following intervention by CAIR in the case of a Muslim weightlifter in Georgia who wished to compete while covering her hair, arms, and legs.

In Minnesota, we helped a teenage Muslim boxer take part in competition after previously being barred because she wears hijab.

In Ohio, a bill recently passed in the state Senate would bar athletic leagues from requiring prior approval from athletes who wear hijabs and other religious items due to their sincerely held beliefs.