CAIR-AZ Joins 100+ Groups, Leaders and Activists Calling on Maricopa County Community College District to Get Hate Out of the Classroom 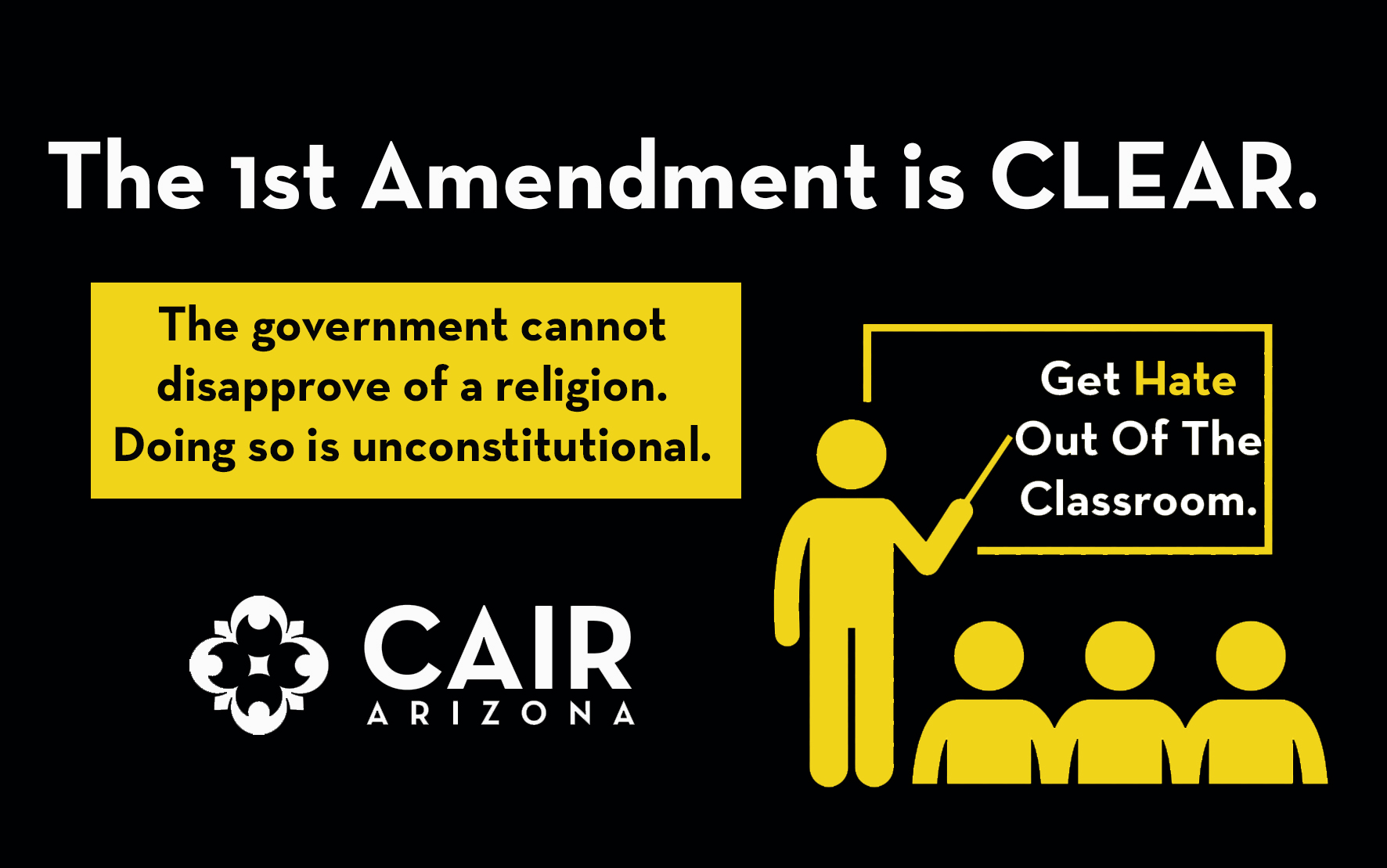 (PHOENIX, AZ, 6/19/2020) – The Arizona chapter of the Council on American-Islamic Relations (CAIR-Arizona) today joined a broad coalition including elected officials, interfaith organizations, allies and activists in calling on the Maricopa County Community College District to “Get Hate out of the Classroom.”

SEE:  Over 100 Leaders, Academics and Activists Sign Letter Telling MCCCD: Get Hate Out of the Classroom

This coalition letter comes on the heels of the revelations of Islamophobic bigotry being taught as fact by Scottsdale Community College professor Nicholas Damask, who also punished a Muslim student for refusing to condemn his own religion.

“It is truly amazing to see the outpouring of support from across a broad base of allies and community leaders. This also speaks to the egregious and hateful nature of the materials being used in the classroom by the professor. Our community leaders have made it clear that we will not stand by and allow hate to be spread in our classrooms.”

Below, are excerpts from the letter:

“We cannot sit by and allow the forces of hate to permeate our education system.  As we highlighted earlier: Islamophobia kills. Anti-Semitism kills. Anti-Blackness kills. All forms of bigotry result in violence against marginalized communities.

Arizona is known nationally to be a battleground for those who aim to sow racism and bigotry within the education system. This incident within the Maricopa County Community College District is just the latest egregious example of the ideology of division and otherization permeating the confines of the classroom. Finally, permitting a public college to indoctrinate students with hostility is an abuse of our tax dollars. As people of conscience – we call upon MCCCD and all educational institutions to: Get Hate Out of the Classroom.”

CAIR-Arizona is a chapter of America’s largest Muslim civil rights and advocacy organization. Its mission is to protect civil rights, enhance understanding of Islam, promote justice, and empower American Muslims.