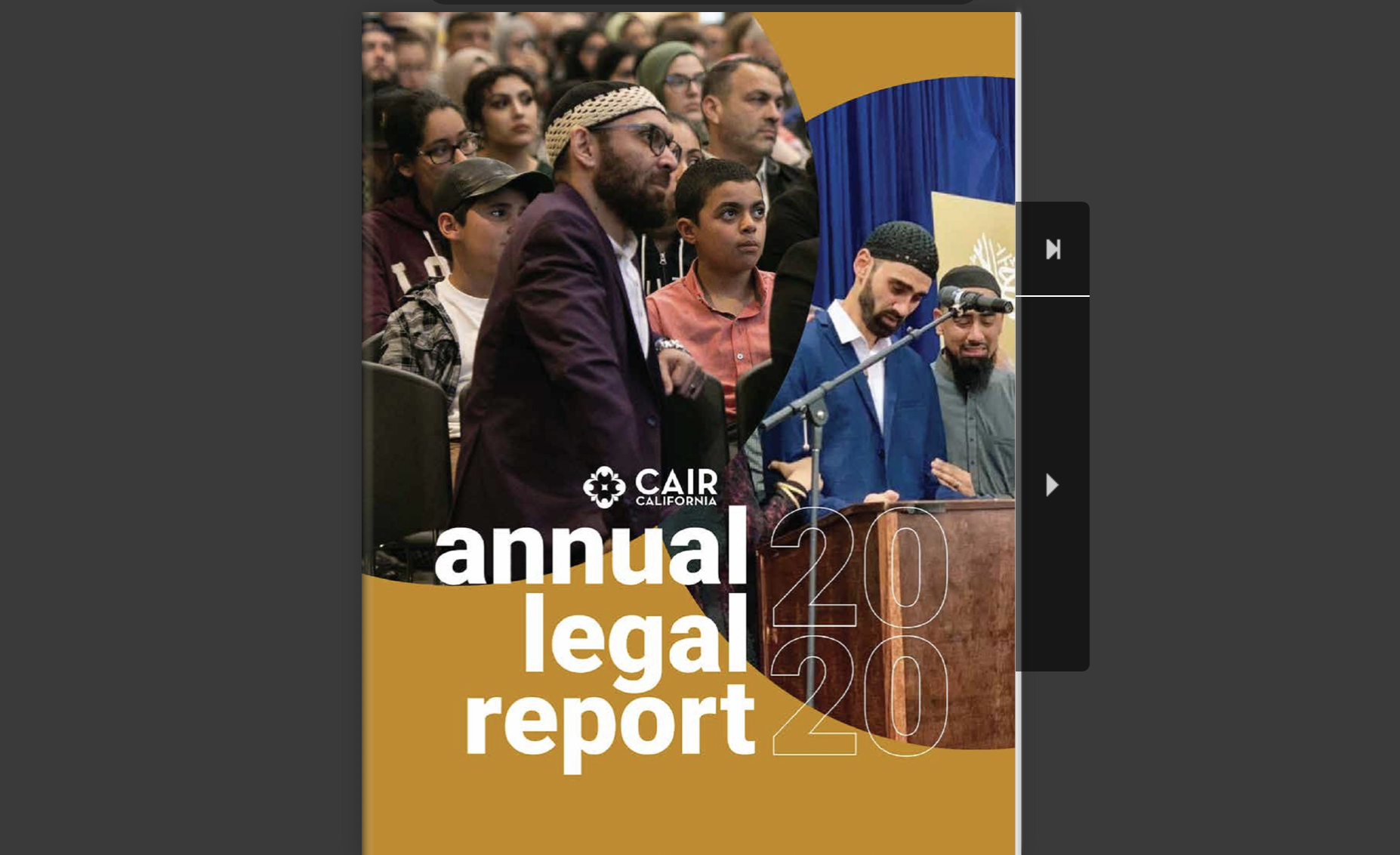 (SANTA CLARA, CA, 5/1/2020) – The California chapter of the Council on American-Islamic Relations (CAIR-CA) today announced the release of its annual statewide legal report which analyzes and summarizes all civil rights and immigration complaints in 2019 reported to CAIR-CA’s offices in the San Francisco Bay Area (CAIR-SFBA), San Diego (CAIR-SD), the Greater Los Angeles Area (CAIR-LA), and the Sacramento Valley and Central California areas (CAIR-SV/CC).

This report also highlights some of the local, lived experiences including assisting a domestic abuse survivor trying to obtain a green card after fleeing her home while pregnant and a Rohingya man who fled Myanmar after being attacked by extremist Buddhist monks, who targeted him because he was identified by his assailants as being Muslim.

According to the report, CAIR-CA legal staff handled a total of 2,068 incidents in 2019. The incidents reported involved complaints related to religious-based discrimination, anti-Muslim bias incidents and immigration assistance matters received by all four CAIR-CA offices.

While the number of civil rights-related complaints received by our offices declined, due in part to increased awareness of legal avenues and remedies, our immigration docket increased 9 percent with a total of 1,305 intakes in 2019.

CAIR-CA’s Immigrants’ Rights staff assisted in a total of 1,305 immigration-related matters, with an increase in naturalization petitions, totaling in 43% of matters. Other key categories of immigration assistance were in petition for alien or future relatives (9.9%), adjustment of status (8.4%), asylum (7.2%), and removal defense (6.6%).

“At this moment, American Muslims and other communities are in the crosshairs of xenophobic, racist and white supremacist movements that are empowered by the current administration and its discriminatory policies,” said CAIR-SFBA Civil Rights & Legal Services Coordinator Ammad Rafiqi. “With the support of our community and partner organizations, CAIR-CA has redoubled its efforts to ensure that we protect the civil rights of our community while continuing to advance justice for all throughout California.”